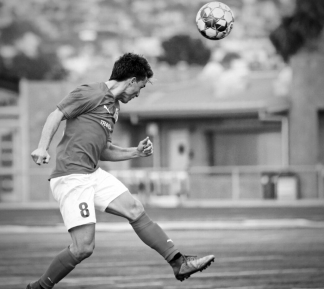 May 20, 2019 (Riverside) - ASC San Diego took all three points on the road this past Sunday after securing a comfortable 2-0 victory against NPSL rivals, the Riverside Coras. ASC, who have now won 5 out of their last 6 matches, played with dominance of possession throughout most of the 90 minutes. From the start, ASC played with an organized approach to control the midfield, allowing for simple offensive distribution and positive build up play on the counter.

ASC San Diego was able to unlock the Riverside defense almost immediately from the start. In third minute of the match, Eijin Kishimoto floated in a wonderful through ball just behind the defense giving ASC striker Elijah Rice an opportunity in on goal who slipped the ball just inches wide of the post. Marking the first of several great scoring opportunities for Rice and ASC, Riverside found themselves quickly frustrated on their own home turf. These frustrations soon boiled over for the hosts. In the 24th minute a Coras defender gave a blatant push in the back of ASC striker Elijah Rice off the play of ball. After a long discussion with his assistants, the referee brandished a yellow card to the defender. Although one of the newest and youngest members on the roster, Rice showed veteran maturity and composure with lack of retaliation after the incident. Instead, Rice carried out his revenge in the sweetest way possible for a striker. In the 33rd minute, Rice was the recipient of a delightful through ball over the top from Sean Callahan who this time, made no mistake with a beautiful chip over the keeper off a full sprint from 12 yards out.

ASC San Diego picked up right where they left off in the second half. Determined to hold the lead, ASC’s attackers did well to track back on defense, giving Riverside little to no opportunity to produce any creative forward play. ASC’s tactics sat wonderfully for the counter which they executed to perfection in the 60th minute. After receiving the ball on the right, winger Mike Semenza took no hesitation in driving the ball down the line and firing in a perfect cross to a wide open Dallin Cutler (SDSU) who gave the Coras goalkeeper no chance from 6 yards out.

Rice and Cutler’s strikes proved to be enough for ASC to secure all three points as San Diego’s team continues to put pressure on the Southwest Conference leaders. Sitting just one position out of playoff contention, and with just 5 games remaining in the 2019 NPSL regular season, ASC San Diego will be looking for a similar performance at home against AS Los Angeles this Saturday, May 25th at 7PM. Be sure to get to the stadium early for a soccer double header as ASC San Diego Women play prior to the men, at 4 p.m., against the San Diego Sea Lions in their third ever WPSL match.