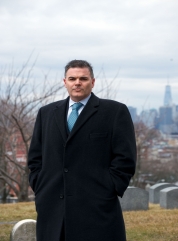 Andrew Case joins us on the Ask An Author column to answers a question from a reader and a few from me while fitting in a nice nod to La Jolla. Case is an award-winning playwright and the author of The Big Fear, currently the #2 best seller in the kindle store on Amazon.com.

With publishers today expecting authors to market their books, are there still benefits from seeking a publisher? - Linda Crawford

AC: I think publishers still offer enormous benefits. While it’s true that authors are expected to play a greater role in marketing their work, most authors lack the contacts and experience to market a book successfully. I’ve found that the marketing and publicity teams from Thomas & Mercer have done an incredible job getting my book in front of people who otherwise would never have seen it.  The way I see it, what has changed is that the author is now part of the marketing and publicity team, rather than totally divorced from it. I don’t feel that I have had to do anything completely on my own, and I actually appreciate playing a role in publicizing my work. Plus, the fact that the book was chosen by a publisher means that a professional team has vouched for its quality—that alone can open doors at media outlets, websites, and bookstores.

SJ: I agree completely for new authors. It is worth giving up control for all the benefits mentioned above. I would say the only problem becomes when a book isn't selling well and a publisher turns its attention to their many upcoming projects and books by already established authors. An author might be trapped with little to no support, or at least significantly less than he or she expected.

SJ: Musicians and music lovers will often say that a band's first album is their most creative, and after that, although there may be a progression in technical skill, nothing rivals the original in terms of authenticity and unique expression. Do you think there's any truth to that for authors as well?

AC: One similarity is that you spend years alone on your first book, just like a band spends years on its first album, but once the first work is a success you can get asked to make the second much more quickly. My publisher has already asked for a second book, which is terrific, but I’ll have less time to write it than I had to write The Big Fear.  But I think that a big difference in writing is that technical skill and creativity inform each other differently than they do in music. The technical skill that a writer gains with each new book can make the new work more creative and more unique. And sometimes the later books are really the meatier ones—Raymond Chandler’s sixth novel The Long Goodbye (written mainly in La Jolla) is arguably his most authentic. 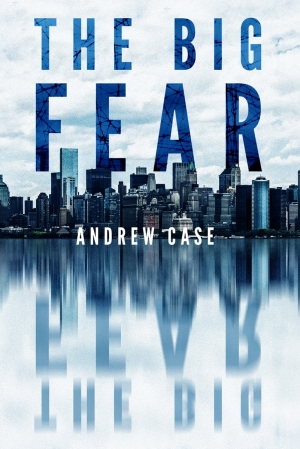 SJ: In The Big Fear you wrote what you knew, drawing from your experiences working at the Civilian Complaint Review Board in New York. Will we see more novels about police misconduct or are you planning something completely different for your next novel?

AC: I’m finishing a sequel now, called A Falling Knife. The book takes up where Leonard Mitchell and Ralph Mulino left off.  The book is set in the same world, and still involves corruption in city government, but is not another police investigation. It follows the investigation of a construction accident in a new condominium development that soon begins to look like a murder. There are still hints of police misconduct, but the corruption is broader and deeper.

SJ: Looking back, if you could change one thing about The Big Fear would you, and if so, what would you change?

AC: Of course, it’s hard to think about changing the book, but one of the things that I think I am trying to do more in the next book is address the issue of race more overtly when discussing police corruption.  Racial bias and racial mistrust make up a huge part of what goes wrong with policing, as we’ve seen in the past few years, and while that is a minor theme of The Big Fear, it isn’t the overarching storyline. I love the book the way it is, so I wouldn’t change it, but as I work on the next one I have tried to address these issues in it as well.

SJ: Do you prefer writing plays or books? What's your favorite thing about each?

AC: Plays are wonderful because you work with a team. You have actors, designers, and directors working together to make a piece of art. But theatre is fleeting—once a play has been performed, it’s done. Reading a script does not give you the same experience.  A book is more solitary, but once it’s done, it lasts. Someone can find your book in ten years and have the same experience as someone who read it on the day it was published.

SJ: What advice would you give to writers hoping to switch from one type of writing to the other?

AC: Read a lot in the genre you’re planning to write. When I first thought about writing a novel, I knew I had to read a lot of fiction—and not just any fiction, but good crime novels. I was familiar with some of the best-known writers: Patricia Cornwall, Harlan Coben, Richard Price and Dennis Lehane, but I realized that my knowledge of the genre was not as deep as it should be.

I discovered a ton of great writers (all of whom I already should have known, like Tara French, John Lescroat, and Attica Locke). Just as importantly, I learned how to write a great crime story by reading those who had already written them. 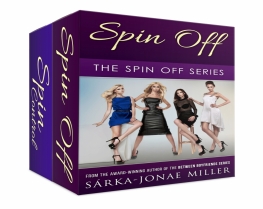 SJ is a local author, book marketing manager, publicist, and columnist who writes chick lit and steamy romance based in San Diego and Los Angeles. Her novels include the Between Boyfriends series and the All for You series. SJ also writes health and fitness articles for Align Life and Natural News.

If you have questions about writing or book marketing, send them to Sarka-Jonae Miller through Twitter @sarkajonae or @sjpublicity9, Facebook, or via her author website. Additionally, live events can be found on SJ's events page. Check out her Between Boyfriends blog for book reviews, author interviews, TV episode synopses, and giveaways. 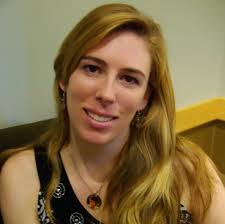