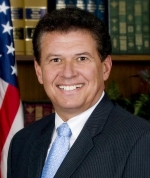 June 6, 2011 (Sacramento) -- The method for assessing skills of incoming community college students will become more efficient and less costly to taxpayers under a bill approved by the California State Assembly. AB 743 by local Demcratic Assemblyman Marty Block (AD-78), chair of the Higher Education Committee, establishes a standardized assessment system at the California Community Colleges for the purpose of placing and advising students, and promoting uniform assessment across all campuses.

“The lack of a uniform assessment tool means the 72 community college districts in California are using dozens of different tests to assess college readiness. Not only is this inefficient, it confuses students and results in many of them taking more classes than needed at a great cost to taxpayers,” said Chair Block. “AB 743 provides a mechanism to better place students in classes that will make them successful. This is a step toward a more efficient process that will increase the number of students assessed and save millions of dollars in testing costs.”

AB 743 increases the efficiency of community college student assessment by providing campuses with the option of using a statewide common assessment system to place students in English, Mathematics, and English as a Second Language (ESL) courses. It also improves student success by offering students a pre-test component which allows them to practice and prepare before taking their assessments.

A uniform assessment process, using a single, central database would greatly simplify and streamline the process of enrolling and transferring between schools for our Community College students, as well as reduce the costs presented by repeated testing and coursework.

The measure passed by a 68-6 margin.   Among San Diego's legislative delegation, only Republican Brian Jones, who represents East County, voted no.  Republican Kevin Jeffries did not vote.   Republicans Nathan Fletcher and Diane Harkey joined with Democrats Marty Block, Ben Hueso and Toni Atkins in voting for the bill.

AB 743 now goes to the Senate for consideration.

I think this method is not useless and is futurist !