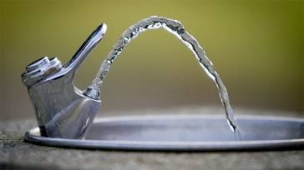 May 31, 2017 (Sacramento) - California State Assemblywoman Lorena Gonzalez Fletcher (D-San Diego) today won approval by the Assembly for her legislation that will require school districts to test for lead contamination in their water supplies, and to notify parents if any lead is discovered. Assembly Bill 746 was approved on a vote of 68-0.

“It’s unacceptable that children and teachers could be poisoned by drinking from the water fountains at school right here in California.” Assemblywoman Gonzalez Fletcher said. “Protecting the health of our kids is our first priority, and right now, we don’t know if they are truly being protected from lead in their drinking water.”

Assemblywoman Gonzalez Fletcher introduced AB 746 to require all public pre-K-12 schools test their water for lead contamination. Under the provisions of the bill, schools will be required to regularly test drinking water for lead. If contamination is discovered in drinking water, the bill requires schools to take the contaminated water out of service immediately. The school would also be required to notify parents and staff of their potential exposure to lead.

There are no safe levels of lead, according to the Environmental Protection Agency, which regulates national drinking water standards. The use of lead pipes in construction was banned in in the 1980s, but lead exposure remains a major public health concern. Lead exposure in children is particularly dangerous, causing brain damage, learning and behavioral difficulties, and impaired mental faculties. In 2016, Reuters News released a national survey showing that California was home to eight of the zip codes with highest lead contamination rates in the nation.