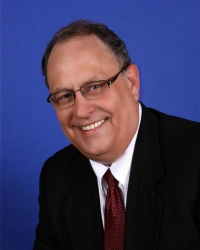 June 2, 2012 (San Diego’s East County) – Pat Hurley has worked in factories and on railroads. He’s turned around troubled businesses in mobile electronics, finance and sales. He’s led efforts as a nonprofit executive to create job-training programs, help low-income communities, and forge a sustainable future for our region. Now he wants to bring his experience—along with Midwest, middle class values—to the state capitol.

Hurley is the only Democrat running for the new  71st Assembly district (formerly the 77th), which includes nearly all of East County. The seat is currently held by Republican Brian Jones. Another Republican, engineer John McLaughlin from Temecula, is also in the race.

But with California’s new “top two” primary, only the two candidates with the most votes will advance to  a run-off in November—and in this conservative region, Hurley notes that voters could potentially have no Democrat on the ballot if the two Republicans get the most votes on June 5.  “It’s important for Democrats to vote on Tuesday,” he said.

Hurley is running on a platform of “job growth for California, truth in government, and families first.”

He wants to spur the economy through “growth in jobs that pay middle class wages that will add to our tax base.”  One plank in his platform calls for retrofitting all foreclosed homes to be energy efficient and `solar ready’ , effectively turning lemons into lemonade.  “Another wave of REOs will hit the market in a couple of weeks,” said Hurley, whose nonprofit experience includes retrofitting foreclosed homes to be energy efficient.  He wants to train a workforce to retrofit the vacant homes.

He also wants to pass a PACE program to enable homeowners to finance solar through their property taxes instead of home equity, increasing feed-in tariffs for those who produce solar power and sell it back to utilities.

“This will create thousands and possibly a million jobs that cannot be outsourced,” Hurley predicted.  He believes his plan will lower utility rates for homeowners while also creating good-paying jobs to boost the economy and ultimately balance the budget, also providing cleaner air and sustainable , locally produced energy for our region.

He is a supporter of locally produced power such as solar on rooftops and parking garages, providing both clean energy and shaded parking…Powerlink was a scam that’s going to be bringing in dirty energy from Mexico.”

Hurley also voiced concern over siting industrial-scale wind facilities near homes or on public lands, such as in Cleveland National Forest. "We shouldn't be cutting down trees to put up wind turbines," he said support the reasonable use of small-scale windmills.

He is also involved in the`Stop the Santee Power Plant’ effort. “I’m absolutely opposed to this,” he told ECM.  They’re trying to put this across the street from my where my kids played youth sports.”

Hurley also intends to fight to restore funding for public education--and notes that his opponent, Jones, has repeatedly supported deep cuts in education funding that local education leaders have said are hurting students.

"Education is an invsetment," he said, noting that California schools have fallen "from first to 20th in a generation.”  He also believes too much time in classrooms is spent on “teaching to the test.” He wants to  bring arts back into public schools, lower class sizes and increase vocational training in high schools.  He points out that many high school graduates don’t have adequate math and English skills to qualify for apprenticeship programs needed to fill today’s workforce.  High schools should improve training in those areas to help vocational students enter apprenticeships for careers that pay good wages, as well as provide a solid educational foundation for those students who are college-bound.

Hurley, who has been a small business owner as well as an executive, says his motto has always been “If we train right and build our company correctly, we will never have to lay off our workers.”  He pledges to bring that work ethic to Sacramento—where he pledges to “read every bill” before voting. “When I’m not in Sacramento, I will be in your communities asking for your input on legislation that affects your lives,” his website states.

Also a seasoned political veteran, Hurley has served as an elected county Democratic Central Committee member and as volunteer coordinator for Mike Lumpkin, a former Navy Seal and military leader who ran in the 52nd Congressional district. “Mike and I hold many of the same values,” Hurley has stated, adding that both believe in “a strong military to protect American from those who would do us harm.”

According to a questionnaire that he filled out for Project Vote Smart, Jones stated that he opposes abortion even when a woman’s life is in danger or when she is a victim of rape or incest.  http://votesmart.org/candidate/political-courage-test/70781/brian-jones/   He also stated that he opposes affirmative action, same-sex marriage and even civil unions. Jones also voted against pregnancy and childcare leave for employees and opposed a bill that would have required insurance companies to provide maternity coverage.

“Freedom and equality is and will be an ongoing struggle,” Hurley says. “We should reject any measure that limits or eliminates equality. The law should only be used to expand equality. Women’s rights, gay rights, and our ongoing struggle for racial equality must remain at the front of our agenda if we are to live up to the lofty goals set forth in the Declaration of Independence and the Constitution.”

To learn more about Pat Hurley’s candidacy, visit his website at www.hurleyforassembly.com.