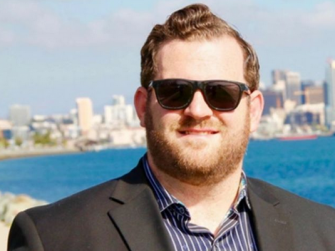 January 9, 2018 (San Diego’s East County) – 71st Assembly candidate James Elia is speaking to support an investigation into the SDG&E planned power outages in December that left many thousands of residents across the county without electricity, in some cases for a full week.

So far, his opponent, Assemblyman Randy Voepel, has failed to respond to ECM’s emails and calls asking for comment on this issue. State Senator Ben Hueso, who chairs a powerful oversight committee on utilities in Sacramento, has also not responded.  Supervisor Dianne Jacob however did send a letter to the California Public Utilities Commission urging the agency to investigate, which the CPUC has said it will do.

Elia backs a CPUC investigation as well as legislative oversight.

“Absolutely it needs to be investigated!” he told ECM. “First off, the notion that power is shutoff for that length of time, in rural San Diego County, in freezing temperatures, is absurd to say the least.”

He believes SDG&E needs to do more to invest in equipment and power line upgrades to prevent wildfires, instead of shutting off power when it’s windy. The utility has said the power shut-offs were necessary to prevent wildfires from being sparked by its equipment during Santa Ana winds and dry conditions.

But Elia adds, “I debate if shutting the power down was a higher risk for residents or not. People went without water in many places too because of this. I want to know what was the determined risk factor in shutting down that long? We have had Santa Ana winds a long time and never had a shut down like this, and I don't think this was the worse Santa Ana's we have ever had.”

SDG&E’s actions came days after the CPUC ruled not to allow SDG&E to charge ratepayers for three wildfires that Cal Fire found were caused by SDG&E powerlines during the 2007 firestorms.

Elia asks, “I wonder if the recent decision where SDG&E were told they could not pass the cost of wildfires on to their customers had something to do with this?” adding, “All the more reason for an investigation!”

He also wants to see legislative hearings.  “When you see monopolies in place, this is often what happens.”

He believes SDG&E should “absolutely” be responsible for damages incurred by ratepayers caused by intentional shut-offs. “I would be willing to write or support legislation” to impose limits on how long or how often power could be shut-off, and to require compensation to those who suffer losses.  He also wants to see SDG&E invest more in fire protection and lines designed to resist high wind speeds. “Most of my district lives in East County,” he said, pledging to make fire protection and protection against outages a top legislative priority if elected.

Elia has posted criticism on his Facebook page of his opponent, Assemblyman Voepel, for introduce a bill to declare a state horse (the Vaqueros, descendants of Spanish horses) while ignoring serious needs of his constituents in East County and the San Diego region. “Randy has taken money from SDG&E, so he’s not going to come out against them.”