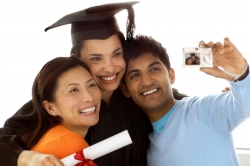 “It is unacceptable for hardworking, qualified high school students who have dedicated themselves to their education to be turned away because of a decision that was made at the last minute, without any consideration for how it might affect their academic future,” Block. “This legislation will not only increase transparency when these decisions are made in the future, it will also ensure that eligible students are able to access higher education and are not unjustly disenfranchised from their local CSU campuses. We need to be doing everything possible to continue keeping college accessible for California’s next generation of students.”

SDSU recently implemented its admissions changes without notifying the surrounding community that would have been affected. Because students had planned their academic curriculum for the original admissions criteria, many students found that the eligibility requirements they worked for years to meet were, just weeks before applications opened, no longer acceptable.

The decision was made so late in the application cycle that this lack of notification leaves countless students in a potential state of limbo, as they complete their requirements for guaranteed admission even though that “guarantee” has now been eliminated.

AB 2402 would require CSU campuses to notify the public of any change in their admissions policy for students within a campus’ local service area. The procedural transparency required, before changes to admissions criteria are approved, dictates that the CSU must provide notice of proposed changes in admissions on the Web site of the affected campus and in three local print newspapers. The CSU would also be required to meet with local stakeholders, hold three public hearings that solicit public comment and post the public comments with the university’s response on its Web site.

Additionally, any change in admission criteria approved by the trustees may only become effective one year after the decision is finalized.

These bills now go to the Senate for consideration.