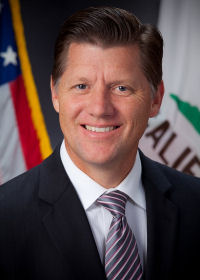 Jones has long been a vocal opponent and testified before the Board of Equalization last year to register his concerns regarding the implementation of the “fee” which mandates the collection on roughly 1 million structures in California. He called attention to Proposition 26, passed by California voters in 2010 which expressly prohibits the Legislature from using loopholes to raise taxes by disguising them as fees and therefore circumventing the Constitutional requirements for passing higher taxes.


“Locals already have the authority to create assessment districts for fire prevention and protection.  Now, yet another tax will be levied on those who are already voluntarily contributing to fire protection.  What’s more, rather than maintaining funding for budget priorities such as fire protection and education, Democrats are using stunts like this so they can direct more money to  health and welfare programs.”
“There has to come a time when the taxpayers of California say ‘enough is enough’ – and push back against the government that is taxing them too much.  I encourage my constituents and all California taxpayers to contact the Democrat legislators that passed this illegal tax and insist they sign on in support of AB 1506.”
Assemblyman Brian Jones, R-Santee, represents the 77th Assembly District, which includes the communities of Alpine, Borrego Springs, Bostonia, Casa de Oro - Mount Helix, Crest, El Cajon, Granite Hills, Harbison Canyon, Jamul, La Mesa, Lakeside, Ramona, Rancho San Diego, San Diego, San Diego Country Estates, Santee and Winter Gardens.