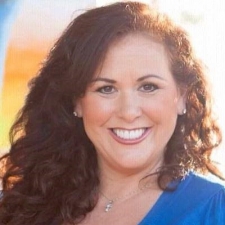 November 25, 2014 (San Diego)--In recent years, ‘Black Friday’ shopping deals have increasingly spread into the Thanksgiving holiday, forcing workers to miss out on celebrating the holiday and spending time with their families in order to keep their jobs. In some cases, this work has become mandatory, forcing workers to give up their Thanksgiving holiday or risk losing their jobs. Many of these business practices have also been carried over to Christmas as well. The increasing commercialization of the holiday season has created significant public backlash, including petitions, media criticism, and worker protests.

On the day before the Thanksgiving holiday, San Diego Assemblywoman Gonzalez announced that she is introducing legislation to require that employees in California receive double pay for giving up time with their families during the Thanksgiving and Christmas holidays in order to work. Gonzalez made the announcement in front of a Wal-Mart Store at Stonecrest Plaza in San Diego, where she was joined by Mickey Kasparian,  President of the San Diego and Imperial Counties Labor Council and by a Wal-mart employee.

Assemblywoman Gonzalez’s proposed legislation would ensure that those workers who sacrifice their holiday receive double pay for their work on Thanksgiving.  Gonzalez, a Democrat, states, “Thanksgiving and Christmas have traditionally been celebrated every year as times that all of us can connect with our families and reflect on the blessings in our lives, but each year it seems like we lose more and more of these family holidays to the demands of work.”

Gonzalez concludes that workers who lose out on their Thanksgiving and Christmas holidays to boost their boss’s profits should be paid fairly for that sacrifice.

working at a part-time minimum wage job at a local music store. I thought this WAS the law and was surprised to learn it isn't. The push to open everything on holidays has been a problem in our own family,where it has sometimes been impossible to have a family Thanksgiving meal or Christmas dinner because one of the kids always had to work. They weren't in critical care jobs like nursing or police, but rather working at the time at movie theaters, retail stores, and the Zoo. One kid was never told a work schedule until the day before. This made it really hard to coordinate a large family dinner. If that mom-and-pop minimum wage employer I had back in the '70s could afford to pay double time to its workers if it wanted them to work a holiday such as the 4th of July, the major retail chains like Wal-Mart can certainly afford to do so. And if they can't, they should not be open on Thanksgiving, Christmas, etc. I personally refuse to shop on holidays, in order to discourage retailers from forcing employers to work. And where I worked, the employer was at least considerate enough to try and get employees to work the religious holidays of others, ie, the Jewish employees would volunteer to work Christmas eve and the Chritian ones would work on Channukah. Whatever happened to actually caring about the people who work for you?
"..forcing workers to miss out on celebrating the holiday and spending time with their families in order to keep their jobs..." In what way is this different than Government "forcing" me to pay taxes for things I do not believe in. SHUT IT DOWN!