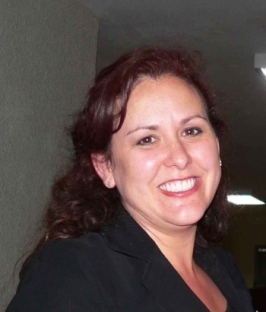 
“While Donald Trump is putting up racist and possibly unconstitutional roadblocks to keep refugees out of our country, we want California to put out the welcome mat for refugees, many of whom assisted our military as interpreters overseas, to help them normalize their lives and be productive members of our communities,” said Assemblywoman Lorena Gonzalez Fletcher, one of the joint authors of the California Welcomes Refugees legislative package.

More than 30,000 refugees currently live in San Diego County, with many of them residing in the San Diego neighborhood of City Heights where the Assemblywoman lives and many others in El Cajon, an East County community.

Assembly Bill 343 would provide refugees with in-state tuition at public colleges, to help this vulnerable population learn language skills and other skills necessary for successful integration.

Additionally, this bill will provide enhanced educational support for refugees with a Special Immigrant Visa (SIV). SIV refugees worked on the front lines with U.S. Armed Forces or the U.S. State Department to provide translation and interpretation services during the conflicts in Iraq and Afghanistan. AB 343 will provide SIV refugees with priority enrollment in public colleges, similar to benefits offered to California veterans.

The legislators also authored AB 349 to help SIV refugees enter the workforce more quickly by allowing these individuals to apply relevant work experience obtained overseas towards a professional license. Professional licenses are often needed to enter specialized segments of the state’s workforce. This benefit is also similar to benefits offered to California veterans.

Finally, Assemblymembers McCarty, Gonzalez Fletcher and Nazarian will introduce a resolution recognizing June 20, 2017 as World Refugee Day. This resolution recognizes the sacrifices and positive contributions refugees make in our nation and affirms California’s support for refugee communities throughout the state.

The California Welcomes Refugees package pushes back on religious and racially charged hate rhetoric from the federal government that has sought to limit refugees and other legal immigrants from entering the United States. Between 1975 and 2015, California welcomed over 725,000 refugees to the Golden State. In 2016, nearly 8,000 new refugees called California home.

but we include the story because these actions would affect people across the county,  as well as potentially funding from the federal govt.

This open borders candidate is not right for the east county. She should be recalled.
Her "Policy" will mean all federal funding will be stopped to this state.