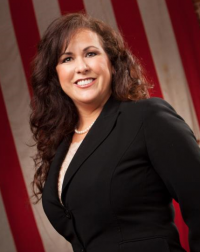 Assembly Bill 1522 (Gonzalez) aims to reduce the impact that illnesses have on the state’s working families as well as the health and safety of employees in the workplace. Additionally, Gonzalez said that providing employees with paid sick leave could reduce health care costs by allowing workers and their family members time to visit a primary care physician to address an illness rather than rushing to an emergency room to seek care due to their fear of missing work.

“Both workers and their employers lose out when employees have to choose between reporting for work while sick or losing pay because they don’t,” Gonzalez said. “Every time this choice comes up for a sick employee, everyone loses money – whether it’s through unnecessary emergency room costs, the billions of dollars lost in productivity annually when sick employees try to work while under the weather, or lost wages that impact whether working families can put food on the table.”

Under AB 1522, workers in California would accrue one hour of paid sick leave for every 30 hours worked and employers would have the option of capping an employee’s paid sick leave at 24 hours, or 3 days. Other states and cities – including Hawaii; Connecticut; New York City; Portland, Ore.; Washington, D.C.; and San Francisco – have already adopted paid sick day laws.

According to the “Shriver Report: A Woman’s Nation Pushes Back from the Brink,” published last week by former First Lady of California Maria Shriver and the Center for American Progress, “An overwhelming 96 percent of single mothers say paid leave is the workplace policy that would help them most.” Assemblywoman Gonzalez, a single mother herself, said she agrees.

“As the dynamics of the modern family change, so does a mother’s ability to take care of sick children or hers own self when she falls ill at the same time she’s trying to hold down her job,” Gonzalez said. “Our economy has moved to a place where families cannot rely on a stay-at-home parent in times of illness. As a state, California must adapt to the reality facing today’s working families.”

Economic security:  Workers without paid sick days have to go to work sick or stay home, lose pay and risk job loss or workplace discipline. Nearly one quarter of adults in the United States (23 percent) report that they have lost a job or have been threatened with job loss for taking time off due to illness or to care for a sick child or relative.

Just 3.5 unpaid days off can cost a family without access to paid sick days, on average, its entire monthly grocery budget.

Cost effective:  Working people with paid sick days are more productive and less likely to leave their jobs, which saves businesses money by reducing turnover. And “presenteeism” – when employees work sick – is estimated to cost our national economy $160 billion in lost productivity each year.

Reduce community contagion: Workers without paid sick days are more likely to report going to work with a contagious illness like the flu or a viral infection —and risk infecting others.

Decrease health care costs:  If all workers had paid sick days, it is estimated that 1.3 million emergency room visits could be prevented each year in the United States, saving $1.1 billion in health care costs annually. More than half of these savings – $517 million – would go to taxpayer-funded health insurance programs such as Medicare and the State Children’s Health Insurance Program.

The California Chamber of Commerce has not yet taken a position on the measure, however in the past similar measures drew opposition from business interests that argued offering paid sick leave would be too costly for some businesses.

really lorena who is supposed to pay for this?  the business owner who is already squeezed?  the taxpayers?  we are getting robbed enough to pay for the utopian pipe dreams of the far left.  enough is enough, you pay for it lorena not the rest of us.