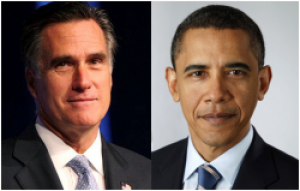 November 8, 2012 (San Diego’s East County) –  In startling contrast to numerous national polls that had predicted a near-tie in the presidential race, President Barack Obama won a sweeping victory.  Obama captured 303 electoral votes, Romney 206, winning not only Democratic strongholds, but also nearly all swing states.  According to CNN, the President also trounced Romney in the popular vote by more than a million vote margin.

Similarly, Democrats gained power in Sacramento and San Diego, taking control of the Council and Mayor’s office with wins looking increasingly likely to oust Congressman Bilbray and seat a Democrat on the all-Republican Board of Supervisors.

What lessons can be learned from the outcomes?

Learning from the presidential race

The victory reflects, in large part, America’s changing demographics.  Romney support came predominantly from whites, but 28% of voters are now non-white—and Obama won 80% of their votes, Pew Research Center reports.  Minorities currently make up 37% of the U.S. population but are projected to become the majority by 2050.  Yet the Republican platform largely failed to address the needs and concerns of this growing and increasingly politically active constituency on issues ranging from equality to immigration to the Dream Act. Thus the GOP lost heavily with Hispanics, even though many are Catholics more allied with Republican values on core social issues.

Second, the GOP’s stanches and rhetoric on women’s issues gave Obama a strong showing with women, enticing even many moderate voters to vote against not only Romney, but a Republican Party in which rhetoric has grown increasingly hostile to women.  Talk of “legitimate rape”, banning abortion even when a woman’s life is at stake, opposing the Lily Ledbetter Fair Pay for Women Act and blocking birth control access for women no doubt led many women to cast their ballots for Democrats not only in the presidential race, but Congressional and state Legislative  districts as well.

Voters across the country also appear to have taken a stand against extremism.  Tea Party candidates took a thumping in key Senate races; Romney’s win in the primary over more extreme Republican contenders may also be seen as a rejection of the party’s radical right wing.

Fourth, Romney’s repeated flip-flops on issues ranging from healthcare to disaster relief to global warming and women's rights left some voters wondering just what he really stands for; is he the seemingly moderate Governor of Massachusetts who implemented healthcare reforms, then repudiated them?  Or the candidate who tacked far to the right to win the Republican primary, then tried to distance himself from his own words in the general election?  Many voters may have opted to cast their votes for clarity and consistency over what appeared to be pandering for votes.

While Obama pledged equal opportunities and tax fairness for all including rolling back Bush-era tax cuts on the wealthy, Romney increasingly became perceived as an elitist and worse, uncaring.

The former Bain Capital executive personified the 1% and the powers behind the financial collapse. His remarks calling disaster aid "immoral" weren't exactly compassionate conservatism.  Even his business leadership skills-arguably his greatest strength, lost luster when he couldn’t define just what programs he would cut to fund his proposed tax cuts for the wealthy and when his company's record of outsourcing jobs overseas came to light.

Maybe next time Republicans should run a business leader with a track record of bringing jobs back from overseas--not taking away American workers' jobs.

How the vote broke down

Challenges ahead in a divided Congress

Republicans maintained a majority, albeit smaller, in the House of Representatives.  While Democrats control the Senate, Republicans still have enough members to muster a filibuster to block passage of bills or presidential appointments.

Democrats should not take the sweep to mean that Americans don’t care about such conservative values as reducing the debt  and fiscal responsibility.  Republicans will still play a key role on such matters and more.

For Republicans, one challenge lies in whether or not to continue to obstruct the administration’s proposals on issues ranging from jobs to immigration reforms.  There are risks both ways.  Clearly  the GOP’s stated policy of making defeat of President Obama its number one goal – essentially attempting to doom his policies to failure by failing to enact them—didn’t work out so well in Tuesday’s election.

Working across the aisle to allow some of the President’s policies to become law is an alternative strategy that could allow Republicans to claim a partial victory if those policies prove successful at, say, creating jobs and putting the economy back on track, or wooing back disenchanted Latino voters.

On the day after the election, Republicans made overtures to begin discussions to reduce the federal debt and prevent a tip over a “fiscal cliff” from occurring January 1.  Democrats have sought to do so by letting the Bush-era tax cuts expire, a move Republicans have opposed; the GOP has instead preferred to slash social programs and more.

“For the purposes of forging a bipartisan agreement that begins to solve the problem, we’re willing to accept new revenue under the right conditions,” House Speaker John Boehner stated on Wednesday.

But he clarified that his idea of new revenues comes not from taxes, but rather “as a byproduct of growing our economy, energized by a simpler, cleaner, fairer tax code, with fewer loopholes and lower rates for all;” Boehner also insisted that Congress must not “continue to duck the matter of entitlements” such as Social Security and Medicare.

If Republicans continue down a path of partisan gridlock, insisting only on `compromise’ by Democrats who received a substantial mandate from voters, the party risks a backlash from voters in the next election.

Sweeps  in California and San Diego

Such a backlash occurred statewide in California, where Republicans have been relegated to virtual irrelevancy.  Tuesday’s election gave Democrats a supermajority of two-thirds in both houses of the Legislature—enough to pass tax measures without a single Republican vote and even override a Governor’s veto.   Democrats also control every statewide office in California, from Governor to Attorney General.

Similarly in San Diego, Democrats swept into power with the election of Bob Filner as Mayor and a Democratic majority on the City Council.  Filner ran a populist campaign pledging inclusiveness for all in an increasingly ethnically and racially diverse city and county that have both shifted to a majority Democratic registration in an area once viewed as a Republican stronghold.  Filner has also pledged to be a voice for working people.

“I fought. I gave it my all. Though we lost, it is better to fight and lose than not to fight at all,” San Diego Republican Party Chairman Tony Krvaric tweeted.  Whether Krvaric will reassess the party’s stances for the future remains to be seen.

Labor and Democrats also won big on state and local ballot initiatives in an apparent backlash against a Republican agenda viewed by many as anti-education and punitive toward working people. Democrats  credit labor-and  the anti-labor Prop 32 with boosting turnout in the city of San Diego to an estimated 75-80%.

San Diego-Imperial Counties Labor Council secretary-treasurer Lorena Gonzalez told ECM that Prop 32 motivated union members to vote and walk precincts, boosting votes for pro-labor candidates on the ballot. “When are they going to learn not to mess with labor?” she asked.

The “blue tide” did not extend to most of East County, where conservative Republicans such as Congressman Duncan Hunter, and Assemblyman Brian Jones won easy reelection.  Yet even here, there were inroads by Democrats and minorities; our region’s representative is a lot less white than in the past, and a shade more liberal.

Juan Vargas, whose district includes the southern portion of San Diego and Imperial Counties, won a resounding victory, bringing a Latino face to our region’s delegation in Washington  as he replaces Filner in Congress.  Democrats regained a majority on Lemon Grove’s Council with election of its first African-American, Racquel Vasquez, while Dr. Shirley Weber became the first African-American elected to the state Legislature from San Diego County in a district that includes La Mesa and Lemon Grove.   Ben Kalasho, an Iraqi Chaldean and a Democrat, is within 114 votes of winning a seat on the El Cajon Council as of press deadline.  Congresswoman Susan Davis, whose district has been redrawn to extend eastward into El Cajon, also won reelection.

With power comes responsibility.  Democrats now have total control in both the State Legislature and San Diego’s City Council.

If Democratic officials use that power wisely and enact policies that are successful in revitalizing the economy and satisfying the constituencies that put them in power, they are apt to solidify their control in future elections.  But if Democrats misuse power with reckless spending and fiscal irresponsibility, then we can expect to see the pendulum swing back to Republicans the next time voters enter the ballot box.

"If Republicans continue down a path of partisan gridlock, insisting only on `compromise’ by Democrats who received a substantial mandate from voters, the party risks a backlash from voters in the next election."

How do you figure 51% as a "substantial mandate"? My Republicans are doing exactly what I want them to do and when the Federal printing press runs out of ink they will be there to pick up the left over parts. You people live in some fairyland where you think you can borrow 40 cents of every dollar you spend ....FOREVER!

The electoral vote spread was huge, with all the swing states (except maybe Florida) breaking for Obama.  Republicans lost seats in the house, though still have a majority there.  Democrats strenghtened their hold in the Senate, too.  Tea Party candiadates in particular were rejected by voters in key races. Democrats also won 4 of 5 Governor races targeted by Republicans.  In California they won a 2/3 majority in both houses. So it was more than people simply not liking Romney - the sweep wente beyond one candidate, and reflects a broader shift in the view of the major analysts and pundits.  San Diego is an example of a formerly solid GOP area that's gone to theo opposite side of the aisle.  I'm curious, what's your explanation for why this happened?

i do agree with you that the borrowing has to stop, and I think most Americans would agree too.  The question, and the differences between the parties, is in how to acocmplish that-whether entirely through cuts, or through raising revenues and if so, how.

UPDATE:  HE won Florida, so every swing stage, and he got more votes than Bush -- in fact he got the most votes of any president, ever.

Despite all odds, our President prevailed.  He still has an uphill battle fighting a Red House which has blocked his every move in an attempt to squash his goals of bringing the Middle Class equal pay, women’s rights, gay rights and affordable healthcare.  The Bush Administration drove our economy into a swift nose dive and Obama is still the patsy.  Watch conservative hands paint him in Blackface with a visual commentary of how Barack has been bamboozled at http://dregstudiosart.blogspot.com/2012/10/bamboozling-obama.html