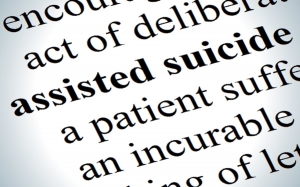 May 15, 2018 (Sacramento) -- Hours after a judge ruled that California’s assisted suicide law is illegal, state Attorney General Xavier Becerra indicated he will appeal the decision.

Judge Daniel Ottolia with the Riverside Superior Court ruled that the Legislature violated the law by passing the End of Life Option Act during a special session devoted to healthcare issues, the Los Angeles Times reports.

The law allows terminally ill patients with less than six months to live to ask their doctors for mediations to end their own lives.  In the first six months after the law went into effect in 2016, over 100 people utilized the law to terminate their lives. Over half of those patients had cancer.

Attorney General Becerra, in an email to the Los Angeles Times, stated, “We strongly disagree with this ruling and the state is seeking expedited review in the Court of Appeal.”

According to the Sacramento Bee, attorney John Kappose representing Compassion and Choices said he believes the law is constitutional because aid in dying is a healthcare issue, and he predicts the appeals court will reverse the lower court’s decision.

If the majority of people want the assisted suicide law to be in effect, then Judge Daniel A. Ottolia should abide by this seemingly much needed law and respect the public's wishes.