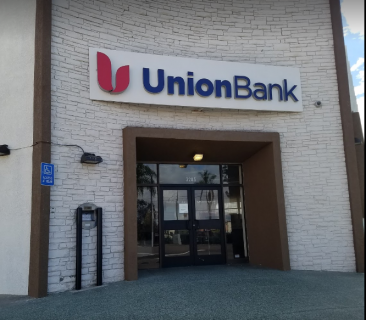 The victim was seated in his parked car in front of an ATM outside Union Bank at 3285 Lemon Grove Avenue at noon yesterday when a man wearing a hat, sunglasses, a bandana covering his face and an orange shirt pointed a semi-automatic handgun at the victim and demanded money.

“The suspect took a cell phone from the victim and shot the victim once in his leg,” says Sergeant Jacob Klepach. The shooter than fled northbound on Lemon Avenue in a small, black crossover SUV that had been parked on Golden Avenue.

The victim’s injury is not believed to be life-threatening.

Call Crime Stoppers at (888)580-8477 if you have any information. You can remain anonymous and be eligible for up to a $1,000 reward for information leading to a felony arrest