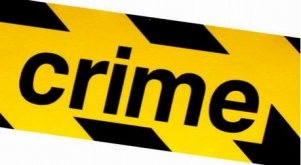 At 1:13 a.m., deputies from the Santee Station responded to a commercial burglary alarm at the Walgreens store located at 10512 Mission Gorge Rd., Santee.  Deputies arrived on scene within one minute, but the suspects had already fled. The front door to Walgreens had been pried open as was the front of a Navy Federal ATM machine located inside. The suspects were unable to access the safe within the ATM and there was no cash loss, according to Sergeant Kevin Ralph.

Minutes later, at 1:36 a.m., deputies from the Rancho San Diego Station responded to a commerical burglary alarm at the Rite Aid located at 2516 Jamacha Road in Rancho San Diego. The circumstances were similar, the front door had been pried and the ATM machine inside was attacked. In this incident there was a cash loss from the ATM of an undisclosed amount, Sergeant Pat McEvoy reports.

Based on timing, location and other similarities, the events are believed to be related.

Detectives from the Santee and Rancho San Diego Commands are handling the follow-up investigation.