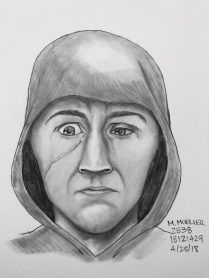 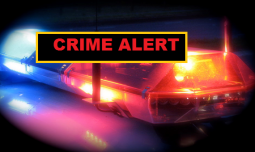 Update April 25, 2018:  A  sketch of the suspect has been release by the Sheriff's department.

April 24, 2018 (Jamul) – Sheriff’s deputies responded to reports of an attempted child abduction today at 3:49 p.m. near Jamul Primary School (15567 Lyons Valley Road.  According to Sgt. K. Menzies, “An 11-year-old girl was apparently approached and forcibly grabbed by an unknown male.”

The child was able to escape, suffering a minor abrasion to the arm. Deputies searched the area, along with Sheriff's ASTREA helicopter, for an extended period of time but did not locate any suspects or items of evidentiary value. No description of the suspect has been provided by law enforcement.

“Deputies will provide extra patrols and resources before and after school hours for the remainder of the week,” Sgt. Menzies says, adding, “The Jamul Dulzura Union School District is working in collaboration with the Sheriff’s Department to ensure the safety of all students and advises all schools in the district will start at their normally scheduled time.”

Detectives from the Sheriff's Rancho San Diego Station will be handling the on-going investigation.

Call Crime Stoppers at (888) 580-8477 if you have information on this crime and you will remain anonymous. You may be eligible for up to a $1,000 reward for information leading to a felony arrest.

When I saw this mug shot in "Crime stoppers" in SD Union-Tribune the other week, I thought this guy should be easy to spot. Last Sunday afternoon I was in Encinitas near the beach when I saw a short, guy about 140 lbs. with a huge scar about 4-5 inches long on his right cheek. He was acting erratic and trying to put a can of gas with a woman into an SUV. I was 100% sure this was the wanted abductor. I called 911 and described who, what, when & where to the dispatcher. The guy saw me making a cell phone call, I left. Within a few minutes SD Sheriff had two cars there and talking to the guy. Monday I called Encinitas Sheriff desk who said the man was arrested but declined further details. Is this the attempted Jamul girl abductor then the SD Union-Tribune needs to report his capture and arrest and East County made aware.
Why does the school let people walk their dogs on the school property during school hours?? Was the vehicle stolen from school property the day of the attempted kidnapping recovered yet??
And something no child (or adult) should have to experience. This girl will no doubt be affected emotionally for a very long time.