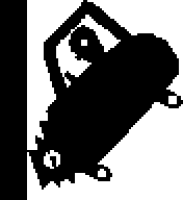 April 18, 2014 (San Diego's East County) - Five seconds is the average time your eyes are off the road while texting. When traveling at 55 mph, that's enough time to cover the length of a football field blindfolded.

A driver who texts or uses a hand-held cellphone is four times more likely to get into crashes serious enough to injure themselves or cause death, according to the California Office of Traffic Safety.

If that’s not reason enough to keep your hands on the wheel, the Sheriff’s Department is putting drivers on notice.

The  department is having a “zero tolerance” policy toward drivers using hand-held cellphones during National Distracted Driving Awareness Month in April.

If you are caught violating California's cellphone laws, you will be cited and face a minimum fine of $161, plus court fees. Any further violations will cost you even more.

"We take the issue of distracted driving very seriously," said Sheriff Bill Gore. "Sheriff's Deputies are always on the lookout for drivers who are texting or using hand-held phones to prevent accidents that could seriously hurt people. “

New teenage drivers can learn all about responsible driving by taking a Start Smart class offered by the Sheriff’s Department. The two-hour class teaches teens all about driver safety, including not texting and driving. You can get more information at www.sdsheriff.net.