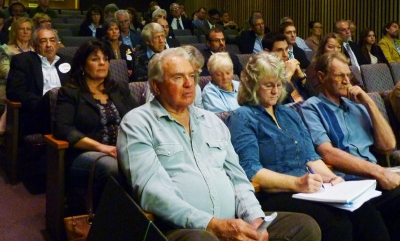 September 23, 2019 (Boulevard) – An attorney representing Backcountry Against Dumps (BAD) and Donna Tisdale contends that the multiple use permit for the Rugged Solar project in Boulevard has expired and that extensions granted by the county were illegal.  In his letter dated September 10, 2019, attorney Stephan C. Volker argues that the property’s owner/applicant, Hamann Company and Clean Focus Renewables, cannot built on the nearly 800-acre site located between McCain Valley and Ribbonwood Road unless they apply for a new multiple use permit and additional review under the California Environmental Quality Act (CEQA). 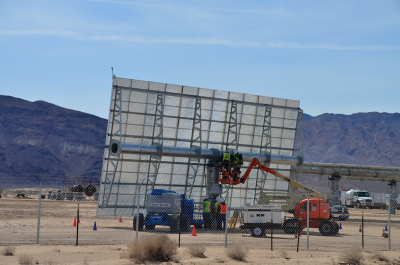 “The letter, written on behalf of our non-profit Backcountry Against Dumps (BAD), and me as an individual to secure legal standing, challenges the multiple and allegedly illegal extensions that County staff has granted for the Rugged Solar Major Use Modification Application that was filed back in November 2017 with a new project description,” says Tisdale, founder of BAD and chair of the Boulevard Community Planning Group. In 2017, the Planning Group led by Tisdale sent a letter putting the County on notice that anew environmental review and community benefits would be required.

“The massive and potentially fire-sparking 74 megawatt Rugged Solar project, currently proposed with 2,668 PV trackers, has been opposed by the Boulevard Planning Group and BAD since it was first proposed by Soitec Solar almost a decade ago,” Tisdale states. “It has been a very long and arduous process.” 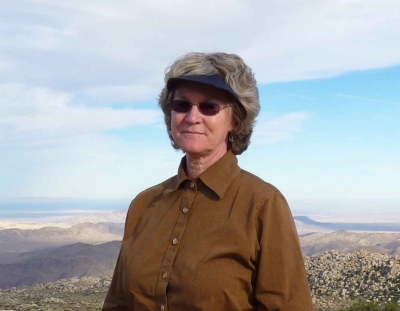 Supervisors initially approved the Rugged Solar project proposed by Soitec back in February 2015 to help meet ambitious clean energy goals being set by the state.  But the approval came over the objections of many Boulevard residents who spoke out against the project in their rural community during the public hearing. The residents emphasized they were not opposed to clean energy – in fact some had rooftop solar or small-scale windmills. But they objected to scraping bare hundreds of acres to erect industrial-scale solar panels in a rural, fire-prone region, arguing that solar should instead be installed on rooftops and parking lots closer to urban areas utilizing the power demanded.

Soitec initially planned to build multiple solar projects in the region, but the French-based company later pulled out of the PVC business in October 2015 and sold off its solar interests.  So Hamann ultimately pursued an industrial scale solar project on its property with Clean Focus Renewables.

Meanwhile the Superior Court set aside Supervisors’ approvals because the County failed to comply with CEQA. The board reapproved the project’s major use permit in mid-October 2015, which would expire on October 14, 2017 if construction had not commenced by that date.

The project has not been built. But the county granted several extensions. But Volker argues that they were not done in a timely manner, that applications were not filed on the proper forms nor were extension made by the County Planning Commission, which had jurisdiction over the major use permit, but were instead granted by Bronwyn Brown and Nicholas Koutoufidis in the County’s Planning and Development Services Department. For those reasons, Volker contends that the major use permit  has expired, adding, “…it is null and void, may not be extended or modified, and cannot justify approval of any development on the Rugged Solar site. 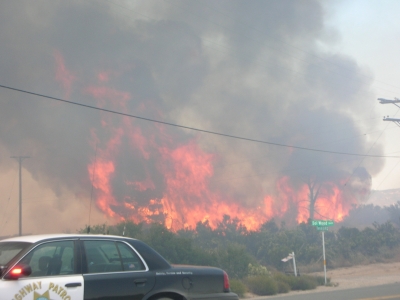 Backcountry Against Dumps, so-named for a decade-long successful battle to block a landfill proposed by the Campo tribe, has long opposed the industrial solar on environmental concerns due to loss of meadowlands and habitat, impacts on groundwater, glare, and potential fire danger.  The site is near the gateway to McCain Valley and two federal wilderness preserves.

Supervisor Dianne Jacob, the only Supervisor to vote against the Rugged Solar project,  cited fire danger as her gravest concern.  Jacob, whose district includes Boulevard, grilled staff on how they could recommend allowing the project in an area that has repeatedly been scorched by severe firestorms driven by winds up to 100 miles per hour.  She pointed out that the project documents stated “high intensity fire can be expected in the area and would be a risk to the project,” while new power lines would also increase fire risk. Mitigation proposed only addresses issues after fires start, not preventing them, she said.  “What caused three fires in 2007? Arcing lines,” she recalled.

Even as Soitec’s applications for sites in Boulevard were pending, a brush fire scorched the company’s Tierra del Sol site there.

“Defending our community and natural resources is a very time consuming but necessary and expensive process. Contributions to BAD are needed to continue the efforts to protect public health and safety, property values, and much more,” Tisdale notes.  Donations can be sent to Backcountry Against Dumps, PO Box 1275, Boulevard, 91905, or made online via Paypal at https://www.paypal.com/donate/?token=a2qVkKzFX0mAny1BEwtflazY6mCif5vlUCJYartqFZs2ASpQQ3w8bV9deCwb7fPNOnRUNm&country.x=US&locale.x=US