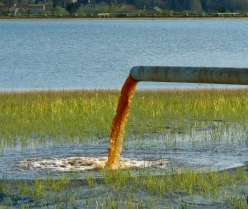 July 12, 2017 (Sacramento) -- California Attorney General Xavier Becerra is calling on the U.S. House of Representatives to oppose legislation that would force California to accept water quality standards that are over 22 years old and give up all enforcement of its own higher state standards. The so-called Gaining Responsibility on Water Act (H.R. 23) would forbid only California from regulating the waters within its own borders.

“We have worked hard as a state to protect our rivers, lakes and waterways. They are important parts of our economic development and what makes California a great place to live, work, and raise a family,” said Attorney General Becerra. “Why should we have to accept water quality standards that are over two decades old? Why is California being singled out when our leadership on the environment is well-known and has even been acknowledged by EPA Administrator Scott Pruitt?  I hope my former colleagues see right through this extraordinarily flawed legislation and vote against it.”

That California is being singled out directly conflicts with historic principles of western water law.

In California v. United States, the U.S. Supreme Court affirmed California’s right to enforce state laws and conditions on federal reclamation projects; the high court declared that the, “history of the relationship between the Federal government and the States in the reclamation of the arid lands of the Western States is both long and involved, but through it runs the consistent thread of purposeful and continued deference to state water law by Congress.”

Attorney General Becerra is committed to ensuring California remains a leader on environmental issues. Within the last two weeks alone, he has challenged the Trump administration for unlawfully delaying the Waste Prevention Rule, which requires oil and natural gas producers to significantly cut wasteful leakage of methane on federal lands, and has taken action against the EPA due to its failure to reduce methane emissions from existing oil and natural gas operations, as is required under federal law.

A copy of the letter can be viewed at oag.ca.gov/news.