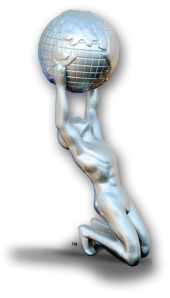 The NAACP Image Awards is recognized as the nation’s pre-eminent multi-cultural awards show – from an African American point of view. The event celebrates the outstanding achievements and performances of people of color in the arts (television, recording, literature, motion picture and writing & directing), as well as those individuals or groups who promote social justice through their creative endeavors. 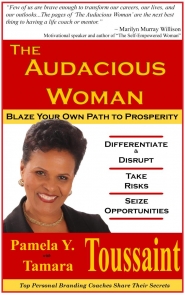 The 47th Image Awards will be live on TVOne from Los Angeles, Friday, February 5, 2015, at 9/8c, with a Red Carpet preceding. Here’s hoping for success for Toussaint and her The Audacious Woman. Her book is true to inspire and empower women from all corners of the globe, with its message of hope and strength. Her motto is: The Audacious Woman: Blaze Your Own Path To Prosperity. Toussaint further believes and subscribes to this notion: “Looking and acting like a leader depends on getting three things right, a trio we refer to as Appearance, Communication, and Gravitas. Individuals who nail each of these elements exude true executive presence.”

~ “Executive Presence” By the Center for Talent Innovation 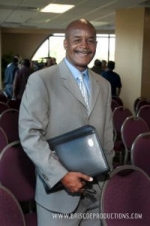 Dennis Moore is the Associate Editor for the East County Magazine in San Diego and the book review editor for SDWriteway, as well as a freelance contributor to EURweb based out of Los Angeles. He is also the author of a book about Chicago politics; “The City That Works: Power, Politics, and Corruption in Chicago. Mr. Moore can be contact at contractsagency@gmail.com or you can follow him on Twitter at: @DennisMoore8.

Dennis, congratulations on your consistent reviews of top level books and authors. It must be rewarding to know that you've reviewed books that have received prestigious awards from the NAACP and other notable award groups. I can't wait to get my books into your hands, to get your thoughts and feedback. I look forward to you reviewing the re-release of my book, "How to Whup the Devil: A Spiritual Weapons' Guide," and my new release; "Why God Loves His Naughty Children: Simple...He's A Parent." Thanks for all that you do to inspire people to pick up our books and make them their own.