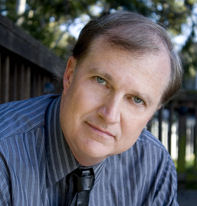 December 12, 2011(Alpine) -- San Diego author, Walter G. Meyer, who has been speaking around the country about the bullying crisis, will be the first guest on the new radio show “The Week You Missed with Diane & Chris” on My107.9FM. The Alpine-based radio station is also available online at ww.my1079.com 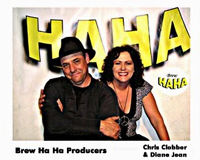 Diane Jean and Chris Clobber have been doing stand-up comedy around San Diego for decades and are the originators of the Brew HaHa Comedy nights that have been running for years. Their new radio show has been on the air for three weeks and highlights news, current events, strange occurrences, comedy, music, and the occasional serious topic. The show airs Thursday nights from 8-10, and Meyer will be the guest for the second hour, starting at 9 p.m. on December 15. 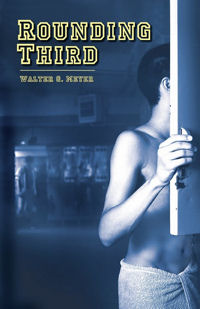 Meyer is the author of the novel, Rounding Third, which deals quite powerfully with the timely topic of teens being bullied until one of them can’t take it anymore and attempts suicide. It is based in part on his own experiences and those of people he knows. He recently hosted a special program on school bullying with San Diego School Board member Kevin Beiser. San Diego City Councilmember Todd Gloria also spoke at the event.
Since the bullying crisis started making news, Meyer has received numerous requests to write about the topic for web sites and publications including the Pittsburgh Post-Gazette and Gay.com’s “Writes of Passage.” The article about his speech at Arizona State University was picked up by news outlets across the country, and in October his talk at SUNY-Jamestown Community College received front page coverage. “I am happy to speak out whenever and wherever I can,” Meyer said. “Too much of Rounding Third was based on my own high school years and I don’t think another generation of students should have to endure that torment as they try to get an education.”
Meyer’s book was reviewed in East County Magazine and he wrote about his latest bullying event for that web site as well. He recently wrote an op-ed for the San Diego Union-Tribune about tolerance and understanding. He has also spoken at many other libraries and universities across the country including the Lemon Grove Library and San Diego State.
Rounding Third was Meyer’s third published book and he has written for dozens of other publications including the Los Angeles Times, San Diego Magazine, and the Orange County Register. He is currently working on the sequel to Rounding Third and is also the co-writer of the play GAM3RS and the co-creator of Gam3rCon.