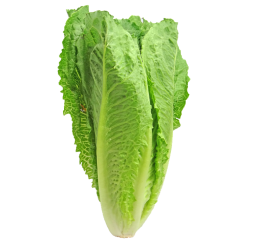 April 23, 2018 (San Diego) - The Centers for Disease Control has broadened its health warning regarding e-coli cases linked to romaine lettuce.

The federal health agency is now advising consumers to avoid all forms of romaine lettuce, including lettuce heads, chopped romaine and salad mixes that may contain romaine, unless you are certain that the lettuce was not grown in Yuma, Arizona.

Many California produce companies source lettuce from Yuma during winter months, so even buying brands labeled as California is no guarantee of safety.  Also avoid romaine lettuce served at restaurants, the CDC advises.

A particularly virulent strain of e-coli linked to romaine lettuce has sickened over 50 people in 16 states including California, sending 31 to hospitals. Several patients suffered kidney failure from the outbreak.

The earlier alert included only packaged lettuce products. The warning was widened after prisoners in Alaska became ill after eating lettuce from whole romaine heads that originated in Yuma.

Restaurants and retailers are advised not to serve or sell any romaine lettuce from the Yuma, Arizona region.

If you have any romaine products, or you’re not sure if lettuce in your refrigerator is romaine, the CDC urges you to throw it away.