May 1, 2017 - San Diego, CA—In the world of independent publishing, spring is the start of award season as finalists are announced in anticipation of summer book fairs.  Two of the most reputable independent publishing award programs announced finalists this week and, once again, works by Sunbelt Publications feature prominently, with Coast to Cactus, Gulf of California Coastal Ecology, and Virginia City collectively advancing in five categories.

The Independent Book Publisher Association’s (IPBA’s) Benjamin Franklin Book Awards have been administered since 1985 and are some of the most well respected awards in the industry.  Only 3-4 books make the finalist round in any given category in this nation-wide competition, and while only one book ultimately takes the gold, all finalists are awarded silver medals.  This year’s finalist is the best-selling Coast to Cactus: The Canyoneer Trail Guide to San Diego Outdoors written by San Diego’s own Canyoneer trail guides from the San Diego Natural History Museum.  The book is being recognized for its outstanding interior design with the final verdict announced on April 7, 2017, in Portland, OR, as part of IBPA’s Publishing University conference. 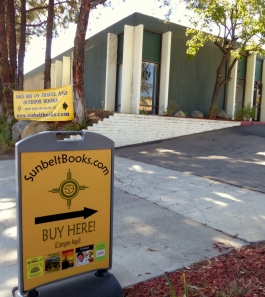 The INDIES Book of the Year Awards proctored by Foreword Reviews, the go-to resource for librarians, booksellers, industry professionals, and book lovers, is similarly competitive.  In a deeply appreciated gesture of recognition, the reviewers at Foreword advanced Sunbelt Publications’ entries to the finals for all four categories submitted.  Coast to Cactus reigns again as a finalist in both the “Nature” and “Regional” categories, while Gulf of California Coastal Ecology: Insights from the Present and Patterns from the Past and Virginia City: To Dance with the Devil made the final round in the categories of “Science” and “Regional” respectively (that’s right—two Sunbelt titles vying for the gold in regional!).

In a press release from Foreword Reviews, publisher Victoria Sutherland commented, “Choosing finalists for the INDIES is always the highlight of our year, but the choice was more difficult this time around due to the high quality of submissions.”

The INDIES Book of the Year winners will be announced in Chicago during the 2017 American Library Association Annual Conference on June 24, 2017. 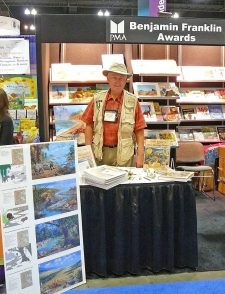 Sunbelt Publications publishes and distributes books that fulfill its mission to celebrate the land and its people through natural science, outdoor guides, cultural histories, and regional references that encourage readers to conserve the wonders of our southwest deserts, California, and Baja California, Mexico.