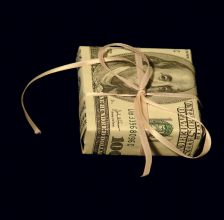 The U.S. Attorney previously alleged that Azano passed over $600,000 through straw donors.  Charges were brought initially against his alleged partners in crime, including a lobbyist, a La Jolla car dealer, an online campaign service operator, and a San Diego Police detective who did private security for Azano.  But Azano himself had faced only one charge—until now.

Dumanis has said she was was unaware of the donations funneled to other groups backing her campaign and denies wrongdoing.  Vargas has declined media interviews but has stated he would refund any donation association associated with the case, as has Dumanis.  Filner, who resigned and was later convicted on charges related to sexual harassment, has not commented publicly on the Azano scandal.

None of the elected officials have been indicted.

That could change, however.  The new indictment alleges, among other things, that Ravneet Singh, who ran an online campaign service named Election Mall Inc.,  gave a public official $1,000 in exchange for receiving classified and confidential information.

Azano is also charged with carrying an unlicensed firearm. Carrying guns is illegal for foreign nationals who are here on a nonimmigrant visa.

In addition, the indictment reveals that Azano’s operatives would set up private meetings with candidates, after which lobbyist Marco Cortes acted as an intermediary to provide financial support.  Azano and his coconspirators would then devise secret ways to finance those campaigns, the indictment states.

Azano has claimed that the federal investigation was instigated by Sempra Energy, parent company of SDG&E, after Azano represented a rancher in a legal case against Sempra involving its liquified natural gas plant in Mexico. He also blamed the head of his security detail, former San Diego Policeman Ernesto Encinas, for masterminding the campaign financing schemes, Voice of San Diego has reported.

District Attorney Dumanis received over $200,000 in indirect donations for her failed mayoral campaign, including committees that supported her.  Vargas benefitted through $30,000 in donations, while Filner’s mayoral campaign raked in a whopping $300,000 including independent committee and in-kind donations.

Azano’s operative also approached mayoral candidate Nathan Fletcher, but did not provide donations to his campaign.

Azano met directly with Vargas and Dumanis, having a close enough tie with Dumanis that she wrote a letter of recommendation for his son for college.  Both have said they would return any donations found to be improper.

The indictment lists 20 instances where Azano was not disclosed in campaign records as the source of the donations. It is illegal for a foreign national to contribute to a campaign in the U.S.

Of even greater concern than whether a candidate benefitted from unauthorized donations, however, is whether any public official misused their elected office to provide favors to a wealthy foreign national – particularly a favor that compromises security through release of classified information.

The indictment makes clear that one official did just that, though that official remains unnamed. Whether or not the identity of the official who sold classified material for money will be revealed during Azano’s trial remains to be seen.