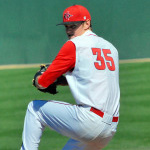 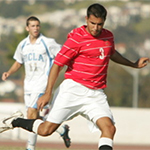 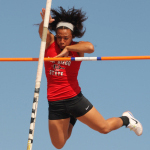 June 5, 2014 (San Diego)--Some athletes from San Diego State are progressing in life outside of school--in sports such as soccer, pole vault, and baseball, with each sport having a talented athlete heading to the big leagues.

Former SDSU soccer standout Steven Beitashour has been selected to play in the 2014 FIFA World Cup in Brazil on the Iranian team’s 23-man roster.

He was a four-year starter at SDSU before being drafted by the San Jose Earthquakes, and made the Major League Soccer All-Star Team in 2012. He’s currently a defender for the Vancouver Whitecaps for the MLS. Steven is also the fifth former Aztec to make a World Cup, and the first since 1998.

On a professional level, he has 18 assists since 2011 which is more than any other MLS defender. A career-high was the seven assists that he made in 2011 alone, which is the most in a single season by an MLS out-and-out defender since 2006.

It’s obvious he has a leg up on the competition.

As for Kristen Brown, who’s still an SDSU student, she has advanced to the NCAA Championships in the pole vault to place 18 in SDSU track and field team.

Brown was one of the only four athletes to not miss an attempt. She qualified for the finals by posting a mark of 13 feet, 7 inches. She never missed a height, clearing 13 feet, 3 inches, 12 feet, 9 inches, and 12  feet, 3 inches en route to securing one of the 12 spots.

“The best part of the day was watching Kristen Brown qualify for the finals. After getting rained out last year, it was great to see her make it to the NCAA Championships this year”, said head coach Shelia Burrell.

She’s clearly rising above the rest.

And lastly, SDSU’s right-hand baseball pitcher Michael Cederoth, has been named a first-team Louisville Slugger All-American. He becomes the 13th Aztec in the history of the program to receive All-America honors and the fifth to be selected to a first-team squad.

He served as the Aztec’ closer as a junior this year after performing in a starting role his first two years at SDSU? He has struck out 55 batters over his 51.1 innings of work and foes are settling just .205 against him.

Since opening day, he has a record of 6-1 with an earned run average of just 1.89 along with his 20 saves. That save total equals the SDSU record set by Addison Reed, currently the closer for the Arizona Diamondbacks, in 2009.

Michael is also a semifinalist for the Dick Howser Trophy presented to the top player in the collegiate baseball and he is on the watch list for the National Collegiate Baseball Writers Association Stopper of the Year Award.

He certainly is the right-hand man for the job.