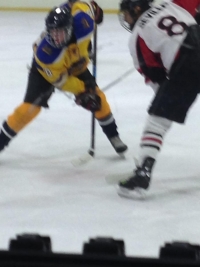 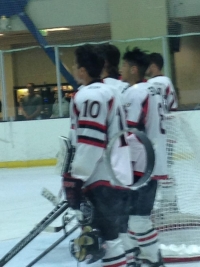 UCLA opened the scoring with Nick Katzaroff's goal in the first. SDSU dominated the rest of the period with two goals scored by James Diley and Cody Nieuwenhuis to give the Aztecs a 2-1 lead.

Four goals were scored in a penalty and ejection-ridden second period, with Aztec forward Christian Gerrits and defenseman Martin Koutny being ejected after illegal hits on Bruins players.  Vincent DiMaggio and Gerrits (before his ejection) tallied for SDSU and Katzaroff netted his second goal of the night and Acosta scored.  The score after two was 4-3. 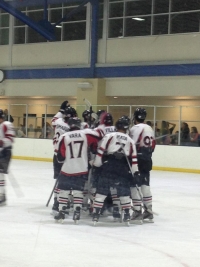 In the third period, the Aztecs blew the game right off its hinges.  The Aztecs scored eight goals.  Brandon Vara and Aaron Mayer each scored twice, DiMaggio scored his second, Anthony Mata, Taylor Burgess and Travis Sevilla all scored goals.  Vara had four assists on the night, while Hayden Bolls earned two.

The Aztecs will go on to face CSU Northridge Saturday at 3:15 at the Kroc Center.  Admission is free.