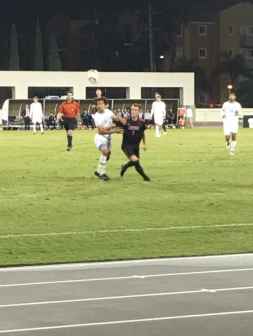 November 11, 2017 (San Diego) - While SDSU women’s soccer faced UCLA last night in the NCAA Tournament, their male counterparts squared off against the Bruins tonight in their final game of the season on Senior Night.  The male Aztecs...well, to put it nicely, aren’t doing so well this season; 5-13 overall and winless in Pac-12 play, going 0-9. 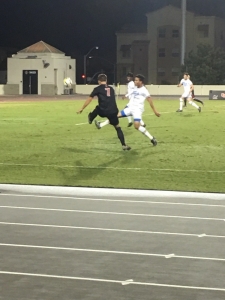 The Aztecs got plenty of chances early in the first half and were finally rewarded in the fifth minute when redshirt senior midfielder Dallin Cutler shot a quick strike in.  He did it again 23 minutes later on a beautiful, untouched strike in the 28th minute for his second goal of the game and the Aztecs went to the locker room up 2-0 after the first 45.

Redshirt senior forward Winston Sorhaitz got in on the scoring in the second half in the 65th minute with a rocket to add on to SDSU’s lead.  The WiFi at SDSU went out for a little bit, but senior forward Jeroen Meefout’s finishing goal saved the day and brought it back on and while it may be too little, too late, the Aztecs still picked up their first win in Pac-12 play this season with a 4-0 shutout and end their dismal season on a somewhat positive note. 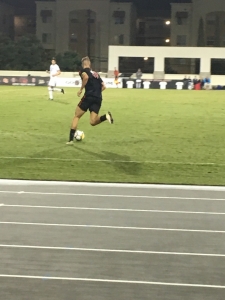 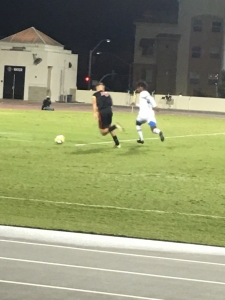