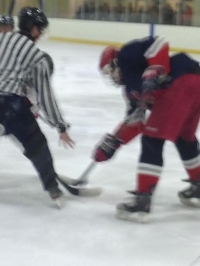 November 9, 2015 (San Diego)  - On Santa Rosa Junior College's only trip to Southern California this season, the Aztecs showed the Northern California college what San Diego hockey is all about. 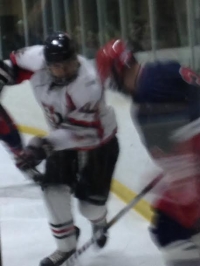 Christian Gerrits got the ball rolling six minutes into the first period Friday night with a slapper from the point on the power play to give the Aztecs a 1-0 lead.

In the second period, Bolls scored his second goal of the night; a controversial play to make it 3-0 Aztecs.  Thirty seconds later, Alec Christoff went five-hole for a 4-0 SDSU lead. 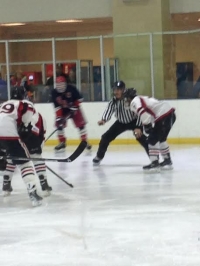 The Aztecs weren't done yet.  In a span of two and a half minutes, they scored four goals, giving SDSU a 6-0 lead.  Travis Sevilla and Vincent DiMaggio both added the last two goals.

In the third period, goaltender Conor O'Brien lost his shutout opportunity as the Bears narrowed the deficit to five when Max Brownlee slipped one in five-hole.  6-1 Aztecs. 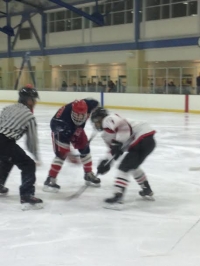 That's all the visitors would manage as SDSU earns their seventh win on the season.  DiMaggio had five points; a goal and three assists. Santa Rosa drops to 6-5.

The Aztecs will begin a series against Northern Arizona this Thursday night at 9:30 p.m. at the Kroc Center.