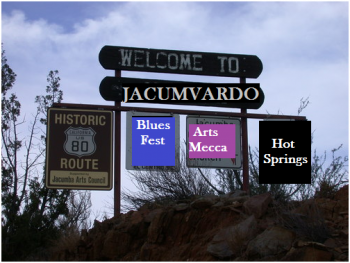 Special Report By Otto B. Free

“We reject the designation of our region as an energy corridor,” said Donna Tisdale, who will chair a newly elected board of supervisors in the newly formed Jacumvardo County.  “By forming our own County, we are taking back control over our own land use decisions and preserving our rural community character. This move also gives us the opportunity to create a unique economy based on eco-tourism that will assure protection of endangered species--past and present.”

San Diego Supervisors had been weighing a plan to gut Boulevard’s community plan, as well as developers’ proposals to build massive industrial-scale wind and solar projects covering thousands of acres in close proximity to homes and wildlife habitat in all three of the communities that seceded. Many Campo residents are already suffering illnesses in homes where high levels of stray voltage and infrasound have been measured beside an existing wind facility, as ECM previously reported.  "Enough is enough," said one Campo homeowner.  "We're taking a stand for future generations."

Dave Landman, who recently purchased Jacumba and petitioned the state to change its name to Jacumba Hot Springs, sees a far brighter future for the region.

“We are working to build a tax-base through tourism,” said Landman, who revealed plans to transform Jacumvardo County into a thriving arts colony similar to Taos, New Mexico with eco-tourism elements also prominently in the mix. In addition, he aspires to restore the stage coach line that once ran through this region, as well as extend train rides from the Pacific Southwest Railway Museum in Campo throughout Jacumvardo County. 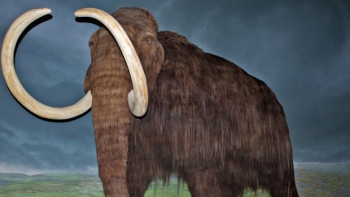 Sites formerly targeted for Goliath-scale energy projects will be protected as nature preserves with enhanced habitat for native bighorn sheep and eagles, as well as a large tract set aside for the reintroduction of previously extinct species in the region using DNA samples, starting with the world's first cloned wooly mammoth  which roamed this area in prehistoric times. The revived species will be dubbed, Mammoth Jacumvardos.

"Each mammoth will be much shorter in scale than wind turbines and far less destructive of the environment," Tisdale explained.  "Plus their grazing abilities will help create natural firebreaks to protect our communities. In addition, a mammoth dung biomass project will provide all the natural fuel that we need."

For the ultimate in thrill-seeking eco-tourists, a saber-tooth tiger and flying pteradactyl are next in line to be reincarnated at the new Jurassic Jacumvardo Park.

Land previously occupied by an organic farm linked to an eye gnat infestation that made headlines last year has been acquired by the Jacumvardo Tourism Association, formerly known as the Jacumba-Boulevard Revitalization Committee.  A new cultural center will be topped by a multi-story, glass-walled  “vertical farm” that will raise vegetables hydroponically to feed the entire community.

“We invite artists create murals depicting scenes from our colorful past  along Historic Highway 80,” said Danielle Cook, chair of the Jacumvardo Tourism Association.  “Our town square will also feature a unique public art project that symbolizes the reason for forming Jacumvardo.”

The specially commissioned work, titled “Monument to Folly,” will feature a rusting wind turbine sucking dollars out of taxpayers’ pockets.