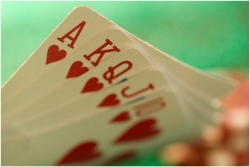 “Senate bill 40 will help revitalize the state’s economy while protecting players,” Rob Ross, executive director of the California Gaming Association (CGA), has said. The CGA, which represents 75% of licensed card rooms in California, contends the bill will protect Californians who play poker online from fraud schemes while also preventing children from gambling online.

The California Tribal Business Alliance (CTBA) opposes the bill, arguing that it gives preferential treatment to a specific group of card clubs and tribes, effectively granting them a monopoly. The bill leaves the door open for slot-machine style devices online and fails to restrict internet poker websites to personal computers in private non-commercial locations, effectively opening the door to expansion of internet gaming facilities or poker arcades.

“Taken together these loopholes violate tribal exclusivity as granted by the people of California, undermine the Compact process and could cost the state hundreds of millions of dollars a year in lost revenue,” said Leslie Lohse, vice chairwoman of the CTBA.

She added, “Let’s be clear. Indian gaming is the single most important vehicle by which California tribes have been able to meet the federal policy goals of promoting tribal economic development, tribal self-sufficiency, and helped us become strong economic partners with our surrounding communities as job creators and contributors to charities and local governments. We would hate to see that disappear as a result of a sloppily disguised bill designed to create a monopoly for a single, specific interest group.”