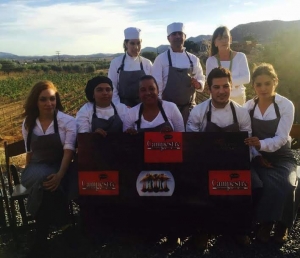 November 13, 2015 (Baja California, Mexico)--It was a fine fall day to visit one of my favorite winemakers, Jo Ann Knox Martino who owns Vintango. She has been making wine for six years now and this year she only put up Nebbiolo. In years previous she has done Zinfandel and a blend of  Chardonnay and Cabernet Sauvignon. She harvested 16 tons of grapes and put up 15 barrels of this wine. She still has 10 cases left of my favorite, the 2011 Zinfandel, which she poured for my friend, Rocky, and I. She is also experimenting with pomegranate wine since there are trees on the ranch. We were able to sample some of this as well and give feedback she appreciated. 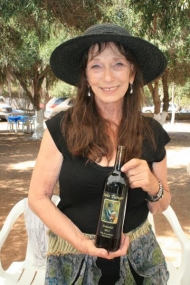 The really exciting news is that there was a groundbreaking this week for the new restaurant which is going on the property, Quinto Elemento, which means 5th Element. Erick Saenz is a worldwide known chef who lives in Rosarito and has  overseen restaurants in Tijuana, along with a cooking show that is broadcast on 10 channels. A friend of Jo Ann’s had her bring a bottle of her wine for him to sample and he was most impressed, really likes the label, and put the bottle in a prominent place while taping the show. He will of course only serve her wines at the new restaurant which is slated to open next spring or fall. 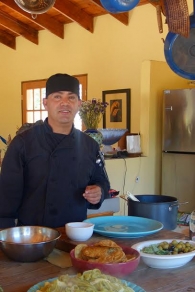 The ranch includes orange, pomegranate, avocado, fig and olive trees. The former caretakers home has been remodeled for Jo Ann to live in which means it was gutted, added on to provide a larger kitchen and is very comfortably done in mostly wood and simple furnishings. One of my favorite items is the Chimenea she has in the living room and her bedroom which are constructed of cast iron. I have not seen them anywhere else so they lend a sophisticated touch to her home.

When I was there for a wine and tango event in the spring, her kitchen was used, as when there was a showcase luncheon for 45 recently. She is adamant that this new kitchen in the restaurant will be a much better place for such events. 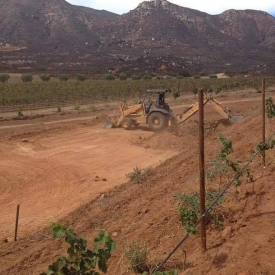 Jo Ann loves to tango herself and is very good, which I have mentioned before is the origination of the name, Vintango. Her cava is a granite hill which was carved out to contain the tasting room and storage for her wines. When she started she had to go about five places to test and take care of her wines so it is nice indeed to have everything in one place. She mentioned that it will be about two or three years yet before the vines will have grapes she can bottle so for now it is a search to come up with some good ones for her use. This year she used the Nebbiolo and soon she will be able to use the Tempranillo and Cabernet Sauvignon.

Wine tastings are by appointment only. She can be reached at: 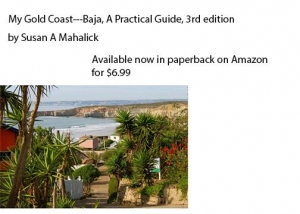 Susan A Mahalick has written for the Baja Times, ezine.com and the Secretary of Tourism. She has a book on Amazon called My Gold Coast—Baja, A Practical Guide, 3rd edition. The paperback version is out and as well as the Kindle version.