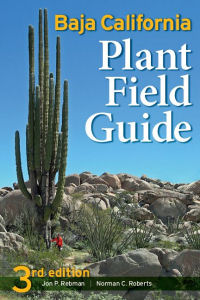 The desert regions of Baja California and Southern California satisfy my need for scientific adventure while providing a sense of excitement towards botany, reverence for nature and its unaltered  beauty, appreciation for the complexity of natural history, and an overall feeling of peace and purpose.  -Jon P. Rebman

December 18, 2012 (San Diego)--Having lived in Baja California for a number of years and traveled all over this beautiful country of Mexico, from Cancun, Cantamar, Rosarito Beach and Tijuana, I have gained a great appreciation of the book written by Jon P. Rebman and Norman C. Roberts; Baja California Plant Field Guild: 3rd Edition.  For those with an interest in the outdoors south of the border, this book, rich with beautiful photographs and descriptions, would make an appealing holiday gift. 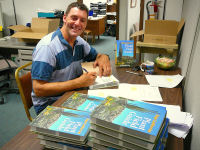 When one thinks of Mexico, and particularly Baja California, generally it is not about the vast array of plant life in this country. The Baja California Plant Field Guild, by Jon P. Rebman and Norman C. Roberts, is a manual for the common, interesting, unusual, and useful native and naturalized plants of the Baja California peninsula in Mexico.

Over 715 different plants in 111 plant families are covered, many of these with spectacular accompanying color photographs. Both scientific and common names are listed, most in English and Spanish. Nomenclature is updated, but synonyms still in common use are cross-referenced. Diagnostic features of the larger plant families precede species and intraspecies accounts. 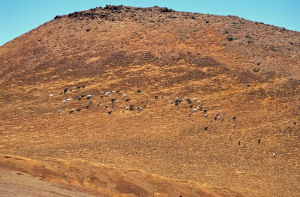 The authors indicate in Baja California Plant Field Guide that the case of Guadalupe Island deserves a special mention, and by viewing the numerous photos of the lush plant life throughout Baja California I can understand why. They point out that in March 2000, a binational, multidisciplinary expedition with eight Mexican and nine American scientists was organized by the San Diego Natural History Museum to survey the biodiversity of the Island, at that time ravaged by more than a century of destructive grazing from introduced feral goats.  Overall, the expedition found a bleak picture, with more than 20 of the island’s unique species gone and others seeming on the brink of extinction. 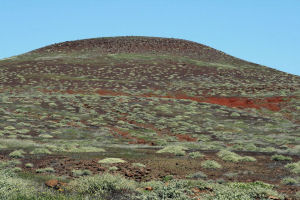 In view of these results, in 2002 Mexico’s National Institute of Ecology started promoting an initiative to restore the island. The initiative proved successful, and in 2004 the Grupo de Ecologia y Conservacion de Islas started a comprehensive program to remove the goats. In February 2007, the island was declared free of feral goats. If it is true that “a picture is worth a thousand words,” after the removal of the feral goats, the landscape of Guadalupe Island in May 2010 shows a dramatic difference in the establishment of native and endemic plants, as depicted by photos in this book by the authors.

Summaries of the climate, geology, vegetation, ecoregions, and endemism by experts in these fields provide the framework for understanding the basis for the evolution of the plants of this region. Also included are chapters on the diversity and impacts of nonnative and invasive plants and on conservation aspects of the region. A glossary defines technical terms used in the descriptions. Again, all according to Dr. Michael G. Simpson, San Diego State University, who obviously appreciates the scholarly research done by Rebman and Roberts for this book.

Baja California Plant Field Guide will entice a range of people, including me, from the interested layperson to the professional botanist. It will doubtless become an essential reference for learning the plants of the Baja California peninsula, one of the most floristically diverse regions of the world. In addition, this book will also be useful for plant enthusiasts interested in the flora of the entire Sonoran Desert and southern California, as over 50% of the species covered in this book also occur in these regions, according to Dr. Michael G. Simpson, San Diego State University. 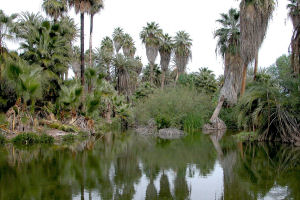 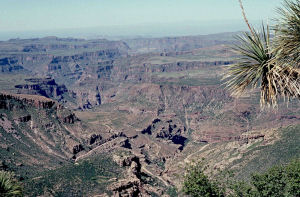 Dr. Rebman, who holds the Mary and Dallas Clark Endowed Chair and has been the Curator of Botany at the San Diego Natural History Museum since 1996, for more than 22 years has been conducting extensive floristic research in Baja California, Mexico and in San Diego and Imperial counties in California. Dr. Roberts was the author and co-author of the two earlier editions of this book. Dr. Roberts, a devoted conservationist for the region and led countless expeditions and trips to Baja California, passed away in April 2009 at the age of 88 years old. 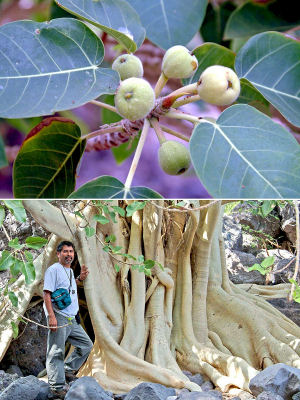 We tend to take for granted the floral array and lush vegetation that we come across as we travel through Mexico, and in particular Baja California, but after reading Baja California Plant Field Guild and understanding the harmony of nature, I have gained a greater appreciation of what the authors of this book has shared with us through photos and their knowledge of the ecosystem.

Dennis Moore is the book review editor for SDWriteway, an online newsletter for writers in San Diego. He has been a freelance contributor to the Baja Times and the Baja News, as well as EURweb and the San Diego Union-Tribune Newspaper. He is also the author of a book about Chicago politics; “The City That Works: Power, Politics and Corruption in Chicago.” Mr. Moore can be contacted at contractsagency@gmail.com or you can reach him on Twitter at: @DennisMoore8

While at the downtown San Diego library on Tuesday, I was pleasantly surprised to see the Baja California Plant Field Guild on display, a book that I had the honor of earlier reviewing for the East County Magazine. This book will be on display in the main lobby of the library throughout the month of February, in conjunction with the 47th Annual Author Exhibit that the library sponsors.