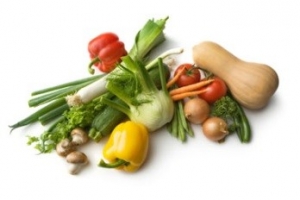 With food left rotting in the fields, shoppers in Southern California and Mexico may pay more for your fresh fruits and vegetables, according to Reporting San Diego.

The United Farm Workers sent a letter of support for the Mexican field workers, “We believe that all of us who work in the fields, picking up strawberries, tomato, or doing any other field work, deserve good pay and respect. It doesn’t matter where we are in the world. With our work we feed the world.”

The striking workers traveled through northern Mexico to raise awareness of their demands. The Governor’s office reports that thousands of workers are now back at work and that an agreement just reached would increase their pay by 15 percent, though still far short of the 300 pesos a day that workers sought, or about $21 a day.

They also sought overtime pay and for employers to respect the law, which requires that pregnant women get six weeks paid time off before and after delivery. The workers also complain of sexual abuses and conditions that amount to modern-day slavery.

Recently confrontations between state police and field workers have resulted in violence, with rocks, tear gas and bullets exchanged.  Some people have disappeared and there are allegations of police brutality of workers taken into custody.

San Diego’s Frente Indigenista Binacional, has come out in support of the San Quintin workers, condemning violations of human rights alleged at a dozen companies.

A corrupt nation.
I used to camp near Ensenada and San Felipe, there were many nice people and great fishing. Extortion from tourists is a source of income for the local police. La Mordida, The bite. .
http://www.mexicomatters.net/retirementmexico/04_bribeslamordidainmexico...