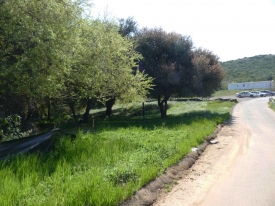 March 20, 2012 (Jamul)--The Jamul Indians have revived plans to build a casino on their 6.2-acre reservation—this time with a dramatically different approach.  The new plans reflect changes that seek to address backlash from neighboring community members who opposed failed proposals in the past.

Instead of an 11-story high-rise proposed last time, now the tribe aspires to build a 228,000 square foot casino that steps up from one story near the road to three stories toward the back of the property.  The proposal also includes a parking garage hidden from view behind the casino.

The proposal includes 2,000 machine games, 45 gaming tables, five dining facilities and a 1,000-person event center open for community events. The tribe estimates the casino would bring 1,600 jobs to the Jamul area. The project is less than half the square footage of the last proposal, no longer includes a hotel, and only 45-feet of the 104-foot structure would be visible to passersby. 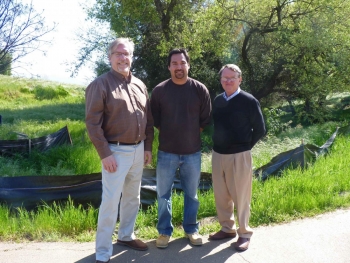 “This is our chance for economic development,” said Robert Mesa, village tribal council spokesman for the 47-member tribe.

However despite attempts by the tribe to scale back, community members are still skeptical.

Long time Jamul resident Kimberly Hamilton and Jamulians Against Casinos, a local group formed to oppose the original project, are less than pleased that a casino is once again in the works.

“The real issue is that the Jamul tribe does not have to follow the same laws as other citizens,” Hamilton said. “‘Prospering off their land’ in this case means that they may trample the rights of their neighbors with little consequence, and they can do this with impunity because they are ‘tribal members.’”

Neighbors' concerns include traffic, habitat impacts, and character of the community.

The proposed casino is the largest of three designs that have been drawn up for the Jamul reservation. The two alternatives are smaller scale variations of the proposed plan. Smaller versions lack a parking garage, have fewer restaurants and gaming options, and scale back the size of the event center.

With different options available, Mesa is hopeful that this time the tribes’ efforts will not be in vain.

“This [casino] will give us an economic benefit which the other tribes receive,” said Mesa.

According to Mesa the difference is not only in the alternative proposals, but also in the community outreach. He said this time the tribe is taking the time to meet with local stakeholders and is making efforts to address all concerns they might have.

On March 13th the tribe met with the Jamul-Dulzura Community Planning Group to give them a preview of the “Environmental Evaluation,” a document similar to an Environmental Impact Report, which was released the following day.

On April 5,  a public workshop will be held to provide community members an opportunity to respond to the document and to record comments with a court reporter.

The document will remain open until April 30th when it will be closed and all public comments will be addressed in the form of a final Environment Evaluation. After this report is released the last approval step will be for the tribal council to issue a decision about what casino, if any, will be built.

Though the Evaluation appears to be a step toward cooperating with the community, Hamilton was critical of the document’s significance.

“It is not binding, community input has no real validity, and issues will be handled on a "good faith" basis,” she said.

The process was implemented to give Jamulians the opportunity for input and to make the process more transparent. Yet Hamilton, who attended the March 13th meeting, was not impressed with the tribe’s new strategy.

“Again I heard the same arguments, justifications, and rhetoric that has clouded this project and its many predecessors for more than twenty years,” Hamilton said.

He said the tribe has been working with Caltrans to ensure that they “accurately address existing traffic” on Highway 94, the two-lane highway that runs through Jamul and past the reservation. In addition, Davis said Caltrans will look at the potential effects the project could have 25 to 30 years down the road.

Davis also said that in an effort to be eco-friendly the proposed project includes a wastewater treatment plant at which 100 percent of the water will be recycled on site, and a green roof planted with vegetation, which will help with irrigation.

The project would use less than half as much water as the prior proposal.  Otay Water District would provide water;  no groundwater would be used.  Another bright spot is that the creek running through the property will be preserved as habitat under the latest proposal.  Lighting would comply with rigid dark-sky standards normally used in astronomically sensitive areas--no Vegas-style lighting, Davis assured. 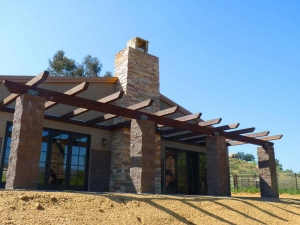 Architectural style envisioned would be a blend of contemporary and Arts & Crafts styles similar to the use of natural stone and wood fenestrations in a newly built community center for tribal members on the reservation.

The casino would also include a community fire station.

“This will allow the tribe to engage in mutual aid with San Miguel Fire District and the San Diego Rural Fire District,” Mesa said. “We will be in a position to lend a hand.”

Surprisingly, Lakes Entertainment, the development firm that was funding the project terminated their contract with the tribe the day before the Environmental Evaluation was released.

A new partner has not been decided, but Davis said active discussions are taking place about whom the new developer will be.

According to Davis, “All development related funding came from Lakes in the form of a loan to the Tribe to be repaid upon opening the casino. We anticipate the same arrangement with the new developer.”

The tribe hopes to respond to community comments on the Environmental Evaluation by mid-year in order to move forward with the project.