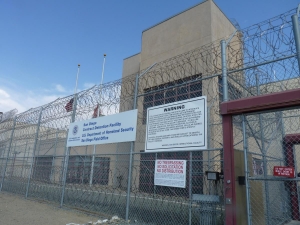 Called the “Davis-Oliver and Kate’s Law, Protecting Americans,” the measure would require all law enforcement officials or other agencies in California to verify immigration status. That includes contacts made by law enforcement and also agencies determining eligibility for public benefits, services or licenses.

The measure further requires law enforcement, If notified that an arrested person is in the U.S. illegally, the arresting agency must notify Homeland Security. If informed by Homeland Security that an immigrant detainer has been issued, the state or local law enforcement agency is prohibited from releasing the person and must transfer them to federal custody, where they could face deportation.

Public comments are being accepted through November 28.

The proposed initiative was submitted by Ted Hilton on behalf of Jerry Mailhot, a Del Mar resident.

The Secretary of State has not yet approved the measure for circulation to obtain the required signatures necessary to qualify it for the November 2016 ballot.