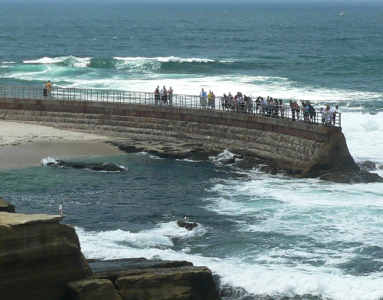 August 4, 2018 (San Diego) – Looking to beat the heat?  The ocean waters off San Diego are the warmest in a century—reaching a balmy 78.6 degrees Fahrenheit on August 1st to break an all-time record.

The high temperature was measured in water samples off Scripps Pier in La Jolla, taken by researchers from Scripps Institute of Oceanography at the University of California San Diego.

Researchers said that the record warmth is consistent with similar records for high temperatures set on land as well as a torrent of extreme weather in 2018.

According to Scripps scientists, records related to heat and intense weather will become easier to break having been given a boost from anthropogenic climate change that has added about 1℃ to ocean temperatures over the past century.

Simply cannot be denied - by anyone, including Donald Trump. No matter if it's cause is natural, or done by human activity, the weather is changing and has been for as long as I can recall. The predictability of weather patterns is becoming more tasking for everyone.