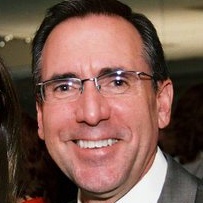 Jantz, who joined the SDCTA board of directors in 2007, will lead the region’s leading taxpayer watchdog organization in its role of promoting accountable, cost-effective and efficient government and opposing unnecessary taxes and fees, discriminatory regulations and ill-advised public expenditures. Jantz succeeds Greg Stein of Millennium Health, who served as SDCTA chair the past four years.

“I am excited about this opportunity to serve,” said Jantz. “The Taxpayers Association plays an important role in the region, as our analysis of ballot measures helps voters understand their implications and make informed decisions. The Association also is instrumental in recommending important best practices to local government agencies in San Diego County.”

Jantz also is currently co-chairing the SDCTA search committee for a CEO to replace Mark Leslie, who retired in June 2015. Longtime civic leader Bill Geppert is serving as the other co-chair of the SDCTA search committee. Geppert, who is not on the SDCTA board, served for 16 years as general manager of Cox San Diego and served as chair of the San Diego Regional Economic Development Corporation, San Diego Regional Chamber of Commerce, San Diego Bowl Game Association and as a member of numerous nonprofit boards.

Jantz, who joined GHD as CEO in 2004, served as a member of the La Mesa City Council for four terms from 1990 to 2006. Prior to joining GHD on a full-time basis, he served as district chief of staff to former Assemblyman Jay La Suer (R-La Mesa) and as a public affairs consultant. He previously worked for 18 years in the Facilities Development Dept. for Kaiser Permanente, including three years as financial manager.

Founded in 1945, SDCTA has spent seven decades saving the region’s taxpayers millions of dollars, as well as generating information to help educate the public.