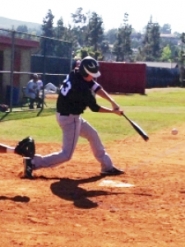 April 4, 2017 (Spring Valley) - Monte Vista varsity baseball began conference play today after starting the season with a decent 7-4 record.  Their first opponent?  The West Hills Wolf Pack, who haven’t fared as well, but who stood at an average 4-6 coming into today. Senior Justin Schweizer started on the mound for the Monarchs against another senior, Noah Quintana, for the Wolf Pack. 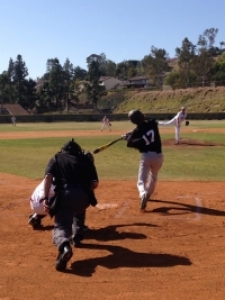 It was a pitchers’ duel through two innings until the Wolf Pack got the bats going in the third. With two men on base, senior Braden Sanford lined to right center to score fellow senior Trevor Commerford and the Wolf Pack led 1-0. 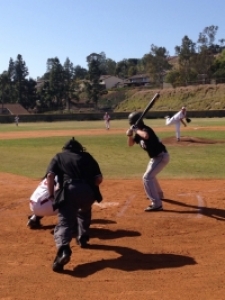 Commerford came through for the Pack again in the fourth with a sac fly that put the black and blue up 2-0.

In the sixth, Commerford worked his magic again with a loud double to left.  Sophomore Gavin Kondyra singled to score senior Jason Villasana and the Pack led 3-0.  Junior Chris Schroeder singled to score Commerford and West Hills struck for two runs and led 4-0.  It became three runs when Quintana doubled, Kondyra scored and the Monarchs tried to catch Quintana and Sanford in a run down, but got confused, allowing 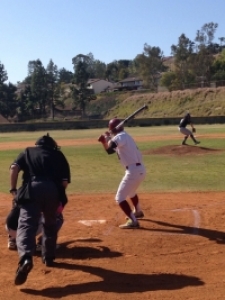 Sanford to score and the Pack to take a 6-0 lead.

The Monarchs finally got on the board in their half of the sixth, erasing Quintana’s shutout.  Senior Andrew Gonzales singled to center and scored fellow senior and captain David Garcia and the lead was 6-1 Pack. 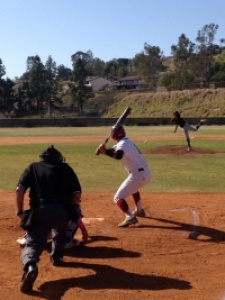 Quintana pitched strong through the seventh and finished with a complete game, only allowing one run.  The Pack win 6-1 and pick up their first conference win and move to 5-6 on the season.  The Monarchs start conference play with a loss and fall to 7-5. 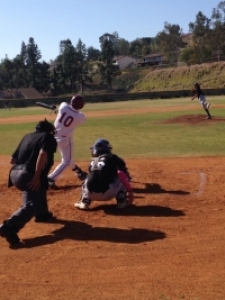 These two teams will play the second game of a home-and-home tomorrow when the Monarchs visit West Hills for a 4:00 p.m. first pitch.