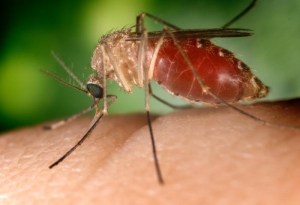 July 12, 2016 (San Diego) - San Diego County’s vector control program has already collected more batches of West Nile virus-infected mosquitoes by the second week of July than it did in all of 2015.

No people, either in the county or in the state, have tested positive for West Nile virus so far in 2016. However, County environmental health officials said the fact that they have already collected 53 batches of mosquitoes with the virus in July — compared to 49 in all of 2015 — should remind people to keep their guard up and protect themselves from mosquitoes and the virus.

County officials said the increased number of mosquito batches collected in 2016 might be skewed slightly higher because vector control conducted several repeat tests in May of mosquitoes trapped around the Los Peñasquitos Lagoon because of a mosquito outbreak there.

Vector control reported this week that, in addition to the mosquito batches, 132 dead birds and a horse — the first in the county reported this year — had also tested positive for the virus. While there is no human vaccine for West Nile virus, there is one for horses. County officials urged horse owners to ask their veterinarians about getting their animals vaccinated.