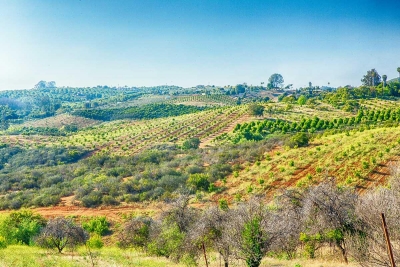 October 13, 2019 (San Diego) – A battle is brewing over the future of San Diego’s backcountry. A countywide initiative called “Safeguard Our San Diego Countryside” or “SOS” will appear on ballots in the March 3rd  election.  If approved by voters, it would require the county to give the people a vote on large housing developments that require general plan amendments to increase density in rural and semi-rural areas.

The action comes after Supervisors voted to approve some controversial developments in rural, high-fire danger areas such as  Proctor Valley near Jamul, with a string of other such projects in the pipeline that would similarly require exemptions to the county’s General Plan. Area residents voice concerns over increased traffic, the environment, increased demands on local schools, and clogging of evacuation routes during wildfires, among other concerns.

Those in favor of the SOS initiative include the League of Women Voters and environmental groups such as the Sierra Club, Cleveland National Forest Foundation, the Volcan Mountain Association in Julian, the Audobon Society, San Diego 350 and the Chapparral Institute.

Supporters say politicians have been catering to the wishes of developers who donate to their campaigns, intead of rural communities. They argue that the people should decide whether or not to allow sprawl development in the backcountry—and that too much power currently rests with Supervisors, where just three votes can amend the County’s general plan to allow high-density projects far from jobs, school and services.

The SaveOurSDCountryside website notes that San Diego County’s general plan already allows tens of thousands of homes to be built in areas close to existing homes, schools and infrastructure. Backers say these projects can be built to meet the needs of all income levels including rental units and single family homes – without the need to amend the General Plan.

The initiative exempts low-income housing, but would give voters control over higher-cost housing developments that would boost density in remote areas where such projects may threaten public safety, wildlife, farms and rural economies. Such projects also cost taxpayers for road improvements, new fire stations and schools, expansion of power and water infrastructure, and fire protection.

Opponents of the intiative include the Building Industry Association of San Diego County, the Califiornia Association of Realtors, the Deputy Sheriffs Association and Cal Fire’s firefightrs’ union local 2881.  Several mayors and the leaders of the San Diego Regional Chamber of Commerce and San Diego Economic Development Council also oppose the initiative.

Those opposed to the SOS initiative claim it would hurt the region’s economy and make it harder for San Diegans to rent or buy homes, hurting young families the most. They also object to voters having to decide on projects as small as six homes, if a general plan density waiver is sought.

Unions representing state firefighters and deputy sheriffs contend that some of their first responders are commuting from Riverside County because they can’t afford homes here. They argue that the measure would make it harder and potentially, more expensive for middle-class workers to rent or buy homes locally by restricting housing supply.

The NoOnSOS website accuses supporters of having a hidden agenda because the initiative is limited only to housing and does not limit other types of development, such as hotels, offices or casinos in rural areas.  The opponents assert that wealthy Wall Street investors are secretly behind the initiative, but provide no evidence of that claim.

Those opposed also argue that if the SOS initiative passes, some cities in the region could see copycat measures.