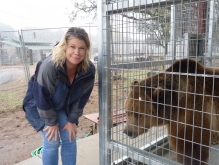 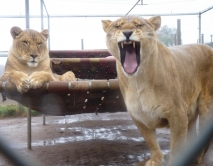 Bobbi Brink, founder of the rescue facility in Alpine (photo, left) works to save bears and other exotic animals from canned hunts and cub petting operations in U.S.

December 5, 2014 (Alpine) – East County Magazine stopped by  Lions, Tigers and Bears this week for a sneak-preview of the brand new bear enclosure that opens this Saturday, December 6th, at the rescue facility’s annual holiday party and fundraiser from 1 to 4 p.m..

We also got some up-close-and-personal looks at some of the big cats and bears who will be celebrating too—with Christmas trees, holiday packages to rip open and special foods for these special rescued animals—including Cherry Bomb, Teddy, Albert and Baloo —grizzly and Himalayan black bears who will be turned loose into their new two-acre home (albeit a temporary home while an even bigger two-acre preserve is built.) 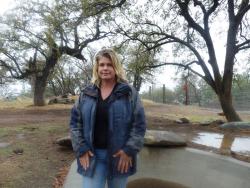 The new habitat will include ponds, logs and trees for bears to swim, climb, scratch and play.  Brink led us inside the future bear home for a close-up look at the habitat. In addition to the newly rescued bears, Brink also hopes to introduce Meatball, a much-publicized black bear rescued  in Southern California. Meatball faced euthanasia had it not been for Brink taking in the young bear, which displayed Yogi and Boo Boo-style preferences for raiding campgrounds to savor campers' foods--including his namesake- meatballs. 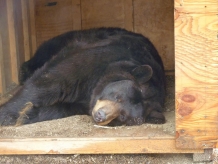 The new bears were rescued after living in deplorable conditions in underground pits and a backyard zoo. In an exclusive interview with founder Bobbi Brink airing later today on KNSJ at 5 p.m., she discloses that rescued bears here were part of a “cub petting” operation in which tourists are charged to pet bear cubs. But when they get older many are sold off for “canned” hunts. The practice is similar to lion hunts exposed on a 60 Minutes Episode last week in South Africa.

“The same thing is happening right here,” says Brink, who is pushing for legislation in Congress to ban the practice. “It’s not a sport to shoot an animal at close range that’s been bottle fed.”  Canned hunts remain legal even in California, as long as the hunter is at least 1,100 feet from his prey. In some states, animals are put in trailers or 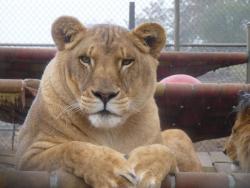 boxes to be shot.

Fortunately, the bears and other animals at Brink’s no-breed facility in Alpine have been spared that dire fate.  Here, you can see an array of exotic animals from the namesake lions and tigers to leopards, bobcats and even a mountain lion—and on Saturday, all will be frolicking as they celebrate the holiday festivities with the enrichment activities Brink and her merry team of elves are planning. 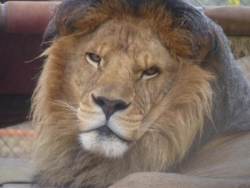 “This year we are putting out an extra special request for donated Christmas Trees that we can give to the animals on this special day. Trees are an amazing form of enrichment for the animals,” says founder Bobbi Brink. (Click here to donate a tree.)

“Join us on this exciting day and watch our bears romp, play and enjoy the rolling hills in this expansive new habitat,” says Brink. 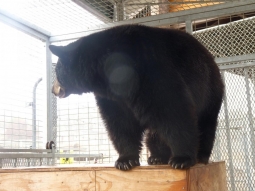 You’ll be able to do holiday shopping at more than 40 vendor booths, enjoy food from Descanso Junction and kids can visit Santa Claus. (To buy tickets, click here.) 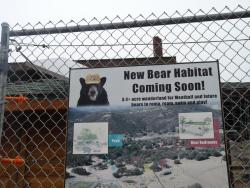 For more information on Lions, Tigers and Bears and how you can help enrich the lives of rescued animals at the nonprofit facility in Alpine, visit www.lionstigersandbears.org.