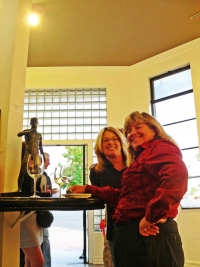 Guests included Joshua Rose, editor of American Art Collector magazine. Rose came from Arizona to cover the opening of Bella Mesa, which features national-caliber artists.  Most notable is Sean Diediker, who was recently commissioned to create a portrait of Barack Obama  presented as an inauguration gift to the President by his campaign staff and Vice President Joseph Biden.

Rose likened La Mesa to artists’ colonies such as Laguna Beach, Carmel, and Santa Fe, which all started as off-the-beaten track havens for talented artists to launch their careers. 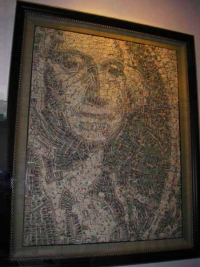 Diediker has vaulted to fame for creating portraits of presidents out of folded money. A massive portrait of George Washington on display at Bella Mesa is made from one-dollar bills, as is the Obama portrait. At Giordano’s urging, the artist is creating a series – one of every president shown on U.S. currency, each from the denomination on which his portrait appears.

Bella Mesa’s opening follows on the heels of the recent opening of O’Dunn Fine Art nearby, as well as a Renaissance of the downtown village overall. Giordano, who also owns Gio Bistro Wine Bar across the street, said La Mesa is fast becoming a destination spot featuring fine wine, fine food and fine art, as well as antiques and collectibles.

On hand for the opening were three prominent artists, including Diebeker , who helped Giordano bring together an impressive array of national-level artists, which he calls the “crème-de-la-crème” of the U.S. art scene. Art works range from the realistic still life renditions of Christopher Young to the vibrant works of “urban impressionist” Aaron Bushnell, whose cityscapes evoke the style of Monet. 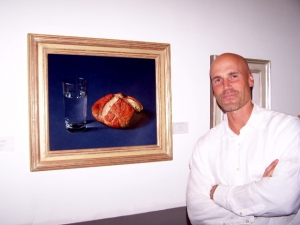 Young’s portrait of a loaf of bread is so real you can almost taste the yeasty flavor of its subject matter. He said he infuses his subjects with natural light and super-realism depicting “the breadness of bread.”

One of the most striking works was a portrait titled “Jade with Lilies” by Emily Gordon. My gaze was drawn again and again to the enchanting portrait of a young woman clutching a pure white bloom. When I saw the painting, I was certain the title referred to the color of the model’s eyes. But the artist informed me that Jade is the model’s name. 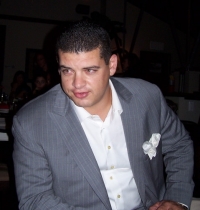 La Mesa Mayor Art Madrid revealed that two million dollars is slated to be spend on further improvements to the downtown community.

“This is a Renaissance of the community," Mayor Madrid concluded, “with Gabe leading the way.” 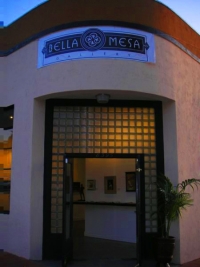 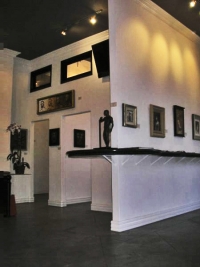 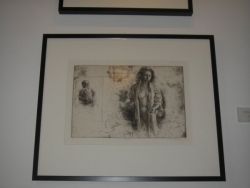