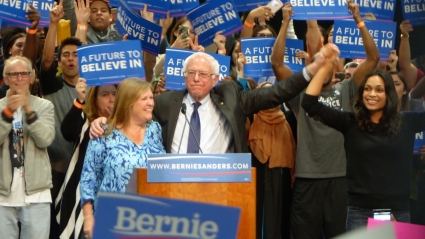 This will be Senator Sanders third campaign visit to San Diego.  In April, he drew a crowd of 13,000 people at the Convention Center.  In May, he drew thousands in the South Bay and also made a stop at a high school in Vista.

Sanders' rivals, former Secretary of State and Democratic contender Hillary Clinton and Republican business mogul Donald Trump, both made campaign stops in San Diego over the past week in anticipation of the primary on Tuesday, June 7.

For security reasons, the Sanders campaign asks that  people not bring bags and limit what you bring to small, personal items like keys and cell phones. Weapons, sharp objects, chairs, and signs or banners will not be allowed through security.