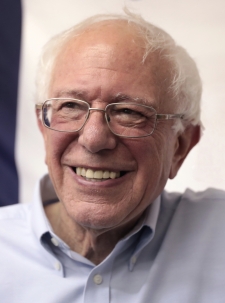 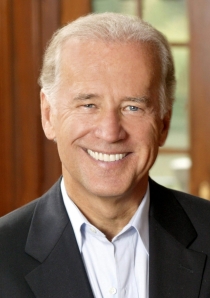 Photo credit: Gage Skidmore
By: Jonathan Goetz
Miriam Raftery also contributed to this report.
Bernie Sanders wins California, according to CBS and the Los Angeles Times. California is the most delegate rich state voting today. Sanders also won Colorado, Utah and Vermont, according to CNN.
Joe Biden swept the south, projected to win Alabama, Arkansas, Massachusetts, Minnesota, North Carolina, Oklahoma, Tennessee, and Virginia, according to CNN, and Texas, according to NBC.
Biden is leading the total pledged delegate count with 453 delegates to Sanders' 382 delegates, 50 for Elizabeth Warren and 44 delegates for Michael Bloomberg, according to the Associated Press.
According to the Secretary of State's office, with 72% of precincts reporting, Sanders has 31.4% of the vote, Biden 22.2%, Bloomberg 16%, and Warren at 12.1%, all four receiving delegates.
In an impassioned speech tonight, Sanders took on Biden head-on, faulting Biden for voting to support the Iraq War and cut Social Security benefits, while Sanders led the fight to expand Social Security and opposed the Iraq War.  View speech. 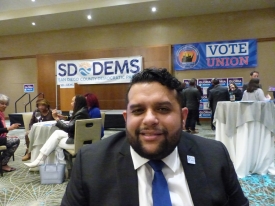 Will Rodriguez Kennedy (photo, right, by Miriam Raftery), San Diego County Democratic Party Chair, told ECM, "It's a strong night for us.. From the East Coast to the West, there was strong turnout, which bodes well for states like North Carolina in the fall....I think Vice President Biden did better thane expected.'  He adds that he believes more people have a "warm feeling toward Biden" than the other Democratic contenders.
But James Elia, who has been campaigning for Sanders, says he believes Sanders may yet finish Super Tuesday in good shape.
Both Kennedy and Elia believe Elizabeth Warren could be key, if she drops out and endorses Sanders or Biden.
Elia believes a Sanders-Warren ticket "would be unbeatable" in a match-up against Trump-Pence.  "Bernie is the most popular politician in America," he adds.
But Kennedy says that despite Warren's progressive leanings, she will be under "enormous pressure" from the party establishment to throw her support behind Biden, as Pete Buttegieg and Amy Klobucher already did after suspending their candidacies this week.  Either way, he believes "there is reason to be optimistic" about Democrats defeating Trump in the fall.
Meanwhile Bloomberg is also reportedly weighing the prospect of dropping out; Bloomberg voters are believed likely to shift to Biden.
In the Republican primary, in which the party endorsed President Donald Trump, the president captured 92% of the vote despite impeachment by the House, with Bill Weld and Joe Walsh each taking 2.5%.

After all that ranting from the Left about "rich old white men" running the country....in the end, we're left to two rich old white men.
Trump had more votes then Biden and Bernie combined.

Of course if you add up all the Democratic candidates, not just Biden and Sanders, Trump still gets trounced in California. There were quite a few votes for Warren and Bloomberg, as well as some for Klobucher, Buttegieg and Steyer among early ballots mailed in before they dropped out.