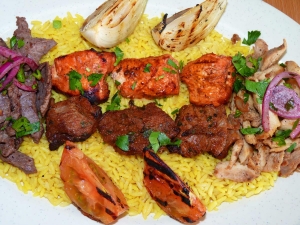 Review by the East County Eater

Lebanese food is generally considered the most popular cuisine in the Middle East. “Ninety percent of restaurants in the Middle East are Lebanese,” Elasad said, offering up platters of delightfully seasoned dishes that proved why this is so. 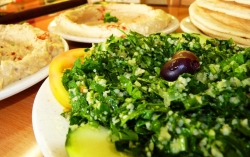 The foods of Lebanon reflect several influences, including rule by the Ottoman Turks and later, the French. Ancient Lebanese tribes journeyed throughout the Middle East, carrying foods that would not easily perish, such as dates and rice, while bringing home foods from other cultures.

In Lebanon, a meal traditionally begins with a mezze, or platter of appetizers not unlike the tapas of Spain. We began our feast at Garden Fresh with samplings of hummus (chickp 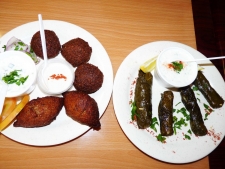 “We made our baba ghanouj from scratch,” Elasad told us. “Some others use canned.” The burst of flavor made the difference obvious. 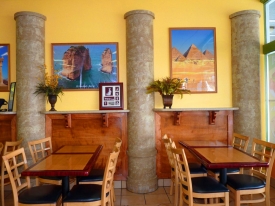 A tabouli salad, one of my personal favorites, had just the right blend of seasonings along with cracked wheat, onion and cucumber and plenty of lemon juice. Next my companion and I sampled falafel (spiced chickpea patties) and savory deep-fried kibbie, or wheat shells stuffed with spic 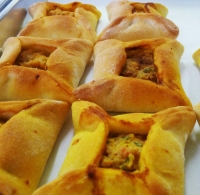 “We have a lot of vegan and vegetarian options,” Elasad noted. Diners may opt from four vegetarian combination plates, or order separate items.

Our appetites sated, yet eager to sample still more, we next moved on to savor some main dishes, including beef and chicken kebobs with garlic spread as well as beef and chicken shawarma with sesame tahine sauce. 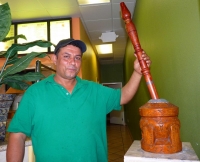 My favorite, the chicken kebobs, were delectable with a secret seasoning blend that I couldn’t convince the owner to share.

Tucked into a shopping center in the SDSU College area, the restaurant is decorated with photos from the Mediterranean including Lebanon. Warm, bright colors and an antique Lebanese coffee grinder complete the décor. 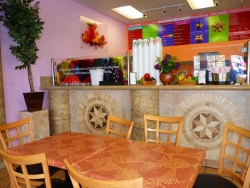 More dishes will be introduced soon, Elasad disclosed. In August, new entrees will include Moutabalas (an eggplant dish similar to Greek moussaka, topped with béchamel) , and an okra dish with tomato sauce.

For those seeking healthy cuisine, Garden Fresh Grill & Smoothie also includes a smoothie and juice bar, where one can also opt for choices such as an Acai Power Bowl or a bountiful fruit salad. 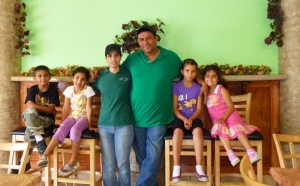 If you stop by, print out the coupon below for a discount—compliments of East County Magazine.

Adventurers and food lovers should give this restaurant a try! There is a wide variety of food to choose from. Even health nuts are welcome as they offer a smoothie and juice bar. This is definitely a treat for everyone.