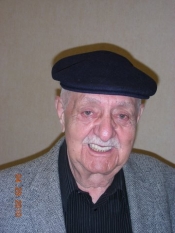 May 2, 2010 (La Mesa) -- Mike Justo, representing the Better Business Bureau, led a discussion at the William C Herrick Medical Library in La Mesa last week on medical and health scams and frauds. The event was cosponsored by the library and Grossmont/Sharp Hospital.

The recently passed national health legislation has already prompted fraudulent vending of health policies to “cover the holes,” the BBB warns. Consumers are advised to view any door-to-door health salespersons with a healthy dose of skepticism.

Justo enumerated several other common scams in our community.

The most common fraud is identity theft. In the local community, this happens most often in restaurants when a credit/debit card is taken into the back room “for processing the bill.” Justo stated that ID theft through fraudulent “doctors” is a common scam, and they have almost all of your data, such as SSN, address, etc..

Another tip to fraud might be a medicine “available nowhere else”; drugs should be available everywhere (aside from research drugs, and those are usually at a well-known medical institution). Justo noted that terminally ill patients may try anything, often in Tijuana. A”medical doctor” may allege to be an expert in many different medical areas (e.g. heart, cancer, arthritis, etc.), and he/she may also claim to be an expert in herbal supplements. Claimed celebrity endorsements may be false.

In La Mesa, a “Dr.” Stowe was recently exposed on the CBS TV show “60 Minutes”, as ECM has previously reported. Stowe claimed among other amazing-sounding treatments and cures that he could collect energy and infuse it into the patient. The man, who admitted that he has not had doctor’s education or training, also claimed to be using a patient’s own blood for “stem cell treatment” for various illnesses. The next day, the San Diego County bunko unit was after him and his office suddenly closed.

Magic soaps, herbal medicines, power energy bars and the like are commonly sold, but many have little or no real benefit. Similarly, guaranteed cure will be a tip-off: get a second opinion—and do your own research. Although many surgeries are done outside of a facility and in an office to keep costs down, it is worth checking with a respected source, such as the William C Herrick Medical Library, advised Justo.

How then, to select a good Doctor or treatment? Justo said that referrals from trusted friends or reliable resources such as the County Medical Society, Herrick Library, or websites listing physician licensing and discipline, physician and nurse comments, are best.

The Senior Discussion Group meets once a month at the Herrick Library, 9001 Wakarusa Street in La Mesa behind Grossmont/Sharp Hospital. For more information, visit http://www.herricklibrary.org/. The two meetings left for this year’s schedule are:

May 23 “Hearing Loss and Aids to Hearing), by Gay Shasky
June 23 “Home Safety” by Susie Fast

Light beverages and snacks are provided.

Like every coin has two sides of it, every thing has good and bad effect in it. It has been just a month or so, that the health care reform has been signed and already the fraudulent issue has been out, if people start misusing this hard earned health care reform then everyone is going to suffer from it. So, government should be doing something about it.
regards
Medical Alert Systems