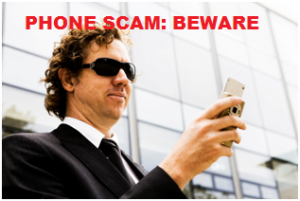 Here’s how the scam works. The caller tells you that you’ve missed jury duty and must pay a fine on a  pre-paid card to avoid arrest, NBC Channel  7 TV reports.

The Sheriff and the Court system do not use prepaid calls. If you receive a call from anyone claiming to be with the Sheriff or Court demanding money, hang up, then call the Sheriff’s office to report it.

Impersonating a law enforcement officer is a crime, as is bilking consumers out of money with bogus schemes such as this one.