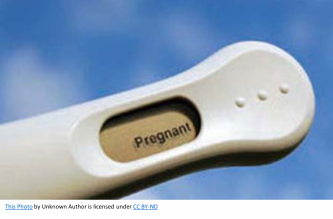 EMTALA protects medical providers who provide stabilizing treatments to pregnant patients, which could include abortion or stabilizing a patient to be transferred to a facility that provides abortion when the mother’s life or health is at stakes. Examples include ectopic pregnancy (where the egg has implanted in the Fallopian tube instead of the uterus), preeclampsia (high blood pressure), or sepsis (infection) setting in when a partial miscarriage has occurred, such as when the water breaks but the fetus has not expelled.   The law applies to emergency departments and certain other clinics.

However, Texas has filed a lawsuit seeking to block enforcement of EMTALA and allow states to deny abortions even to women likely to die without one.

HHS Secretary Xavier Becerra issued a news release which states, “Under the law, no matter where you live, women have the right to emergency care – including abortion care,” adding, “Federal law preempts state abortion bans when needed for emergency care.” The action comes after at least two dozen states strictly limited or banned abortion access since the Supreme Court ruling June 24.

The action follows complaints from the American College of Obstetricians and Gynecologists calling the Supreme Court ruling a “direct blow to bodily autonomy, reproductive health, patient safety, and health equity in the United States.”

Becerra’s directive to pharmacies came after news reports of some pharmacists refusing to fill prescriptions for medications used to induce early-stage abortion, though such medications may also be prescribed for women who have undergone failed miscarriages.  Mistoprostol can also be used for other conditions such as stomach ulcers, putting ulcer patients at risk if they cannot access their prescriptions.

Biden’s executive order directs Becerra to prepare a report on actions HHS is taking to assure reproductive health care access, such as the morning-after pill, birth control such as intrauterine devices (IUDs), and medications for miscarriages. Already some states have forced women to carry dead babies to term for weeks after miscarriages, putting their lives at risk.

While the actions above may protect access for early-stage medication abortions, treatment of miscarriages, and abortions to save the life or health of a mother, the Biden administration lacks legal authority to go farther. Restoring abortion access for other situations will likely require an act of Congress.

House Democrats have passed a bill that would restore reproductive rights for both abortion and birth control, but the measure lacks enough support to pass the Senate, due to Republicans’ opposition.

So for now, abortion remains legal in states such as California, while in dozens of other states, women and girls can be forced to give birth after an unwanted pregnancy, even in situations such as rape or incest, or when a fetus has severe abnormalities incompatible with life, such as absence of a brain stem.