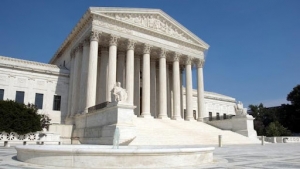 August 20, 2021 (San Diego) – The Biden administration today filed an emergency request with the U.S. Supreme Court requesting the high court to block a Texas judge’s order to reinstate the controversial Migrant Protection Program (MPP). Reuters reports.  The program was ordered via an executive ordered issued by former President Donald Trump in early 2019 and required asylum seekers to remain in Mexico while awaiting the outcome of their asylum cases in U.S. courts.

The U.S. Supreme Court has a 6-3 conservative tilt, including three justices appointed by Trump, making a victory for the Biden administration questionable.

Supporters of the policy contend that it reduces pressure on immigration officials and helped stem a surge in Central American migrants seeking asylum in the U.S.

Opponents say if violates due process and put poor migrants at risk of abuse, rape, and kidnapping as well as exposing them to squalid conditions in Mexican migrant camps.

Jewish Family Services of San Diego is one of the few legal service providers in the southern border region providing help to families and individuals impacted by the MPP program.  CEO Michael Hopkins says, “We have seen first-hand the mental and physical toll the policy places on those already traumatized by the violence and persecution they have fled from their home countries.”

In a press release, JFS says the policy deprived over 70,000 vulnerable migrants including pregnant women and families with young children from protection and access to vital resources, including legal aid.

Jewish Family Services (www.jfssd.org ) operates the San Diego Rapid Response Network (www.rapidresponsesd.org), which over the past three years has helped 48,000 asylum seekers into the U.S., providing temporary respite shelter, financial and travel aid, and legal support while prioritizing public help. The group also works with the California Welcoming Task Force to “welcome the stranger” and is seeking additional volunteers and staff.

and some vote Republican due to pro-life views (if they ever become citizens, which many don't).

Facts matter - Black, Hispanic and Asian registered voters historically lean Democratic The exception here would be the Cubans, they've already seen results of Socialism.
"Jewish Family Services (www.jfssd.org ) operates the San Diego Rapid Response Network (www.rapidresponsesd.org), which over the past three years has helped import 48,000 Democrat voters into the US.," There, fixed it for you.