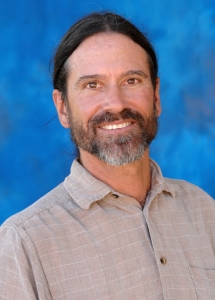 May 15, 2018 (El Cajon) -- Two guided bike rides are being held at Grossmont College May 20 to honor the memory of Grossmont College political science professor Brian Jennings, an avid bicyclist who was killed April 17 while riding his bike in Flinn Springs.

Both routes begin at 8:30 a.m. and will be guided. A brief memorial for Jennings will be held at the top of Soledad Mountain. Members of the public are welcome to attend at no charge, although all participants will be required to sign a waiver and release of liability.

Jennings, 58, was hit by a minivan as he was riding his bike in the bicycle lane on Old Highway 80. He had been teaching at Grossmont College since 2005. He is survived by his wife, Nancy Jennings, a communications professor at Cuyamaca College, and sons Brennan and Kenny.

Kind of like a mini Amen Tour of California.